Opinion: We are young and we choose to fight back

Posted to Rappler (Aug 10, 2019): [OPINION] We are young and we choose to fight back (By Daryl Angelo Baybado)

'This is why the youth’s patriotism will never be quelled for we continue to embrace the struggle of workers, peasants and other sectors of the society,' asserts youth activist Daryl Angelo Baybado 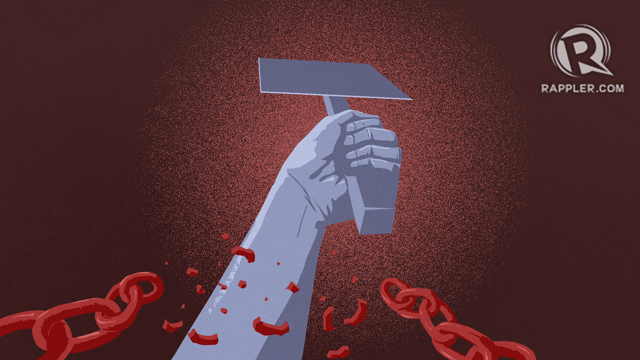 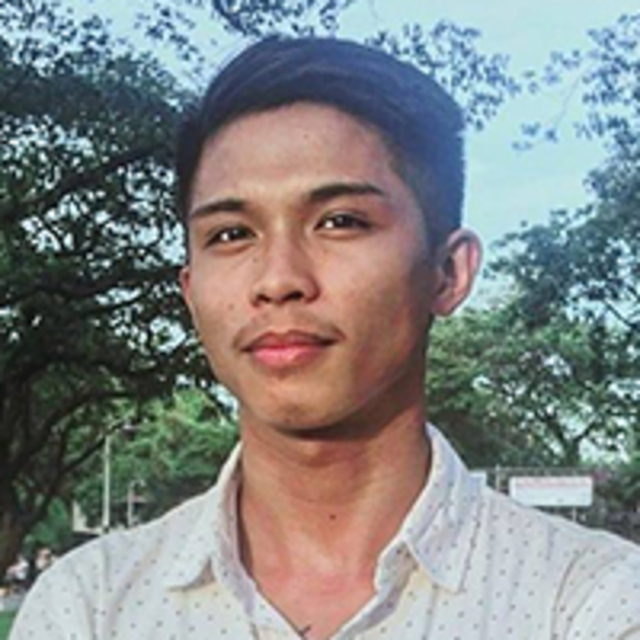 After declaring the Communist Party of the Philippines (CPP) and the New People’s Army (NPA) as terrorist organizations last year, the Philippine government is now going after youth organizations. They are brandishing terror to families and their children, taking the spotlight in “reuniting families” when they are the ones destroying it.

On August 7, Senator Ronald “Bato” dela Rosa vowed to “clamp down” on all leftist groups recruiting minors to be part of their activities and as members and fighters. They narrowed this down to Anakbayan, League of Filipino Students and Kabataan Party list.

Dela Rosa now chairs the Senate Committee on Public Order and Dangerous Drugs. It is not only ironic but is also utterly disgusting and downright preposterous.
\
In his words, minors joining so-called leftist groups are worse than drug addicts. Dela Rosa says that drug addicts can be rehabilitated. Is he just a complete idiot or do the Filipino people need to remind him that he is the architect behind the death of more than 30,000 lives?

Dela Rosa says that he wants “to know the real score in order to ferret out the truth.” Well here’s the truth: the tyrannical and murderous regime is the one creating its enemies. The real score is in the blood on your hands.

The military and the police preyed upon problems faced between youth activists and their families. While these are serious concerns, they ensured that this will prosper and develop following President Rodrigo Duterte’s Executive Order No. 70 in 2018 establishing a whole of nation approach in ending the local communist armed conflict through a national task force.

We will never forget the names Karen Empeno and Sherlyn Cadapan, and their mothers Concepcion and Erlinda, who fought for their daughters until the end. Army officials were found guilty of kidnapping and serious illegal detention over the two students' enforced disappearance. Karen and Sherlyn were also accused as members of the CPP. This government tore their families and they didn’t even have an ounce of regret.

We also need to retell the story of Mark Welson Chua’s murder by his fellow cadet officers which sprung from the mercenary traditions of the Philippine military taught under the Reserve Officers’ Training Program.

From these instances, it is clear that the police and the military are not interested in reuniting Filipino families. It is clear that they are the ones destroying it. They are digging deep for their reputation that can never be found. They were tasked to control the insurgencies but hasn’t won a single war against the NPA and foreign nations posing external threats like China.

Of course, Dela Rosa will support intensified visits of the Philippine National Police (PNP) and the Armed Forces of the Philippines (AFP) in schools and universities. Regular monitoring and military and police presence in schools and universities will lead to heightened attacks against the democratic rights of students. This is a no-brainer. For him, protecting them means outright suppression to stifle the ever-strengthening patriotic movement of the youth.

In October 2018, the military through AFP assistant Deputy Chief of Staff for Operations Brigadier General Antonio Parlade released a list of universitieswhere the CPP-NPA allegedly recruits students. They paraded their imbecility by including the non-existent Caloocan City College and failing to provide evidence.

Nadaline Fabon and Ray Malaborbor were charged with illegal possession of firearms and explosives and are currently detained at Sta. Cruz Police Station in Laguna. Fabon and Malaborbor were helping peasants in Occidental Mindoro as a state of calamity was declared in the area because of drought.

What needs to be addressed is why thousands and thousands of youth find the path of activism justified. But the military, the police, and the government will never address this because they are the purveyor of the economic and human rights crisis in the country.

They waged war against the poor and claimed thousands of innocent lives, they reformed the tax law and put the burden to millions of low earning families. They cry for nationalism but do not have the courage to defend our patrimony and sovereignty. They are the ones stealing hectares of land from farmers and indigenous people, selling it to foreign corporations.

This is why the youth’s patriotism will never be quelled for we continue to embrace the struggle of workers, peasants and other sectors of the society. Outside learning institutions, we have learned to relate our struggle to the struggle of the exploited masses, especially the workers and peasants.

And through time we have made the streets, factories, farmlands, and organizations devoted to a patriotic and democratic cause our sanctuary and a place for learning. This is something that Dela Rosa and this fascist government can never take away from the youth.

The Duterte regime needs incessant reminding that rebellion and resistance are in the Filipino people’s DNA. It is not the critical mass that encourages rebellion, it is this government and its inability to solve basic problems like hunger and employment that pushes people to tread the armed revolution—a reality demonized by those in power perpetuating a corrupt, murderous and poverty-plagued society. – Rappler.com

[Daryl Angelo Baybado is a graduate of Journalism from the University of Santo Tomas (UST). He was a former Associate Editor of The Varsitarian, UST's official student publication. He is currently the National President of the College Editors Guild of the Philippines, the broadest and oldest alliance of student publications in South East Asia.]

https://www.rappler.com/move-ph/ispeak/237478-we-are-young-and-we-choose-to-fight-back
Posted by Retired Analyst at 9:18 AM