The first grenade attack occurred at a police detachment in Barangay Tamontaka 2, Datu Odin Sinsuat, Maguindanao at past 7 p.m. Nobody was hurt.


Policemen on motorbikes chased the suspects who made good their escape.


Shortly before 8 p.m., the same suspects tossed a hand grenade at a military vehicle of the Army Special Forces Battalion conducting patrol along


The blast damaged a restaurant’s glass panes and wounded a certain Dalmacio Villa who was rushed to the Cotabato Regional and .


An Army truck driver said he noticed a motorbike with two men on board overtook his truck. The back rider hurled a grenade toward the driver side as the Army truck was in motion passing by in front of Aling Precy Restaurant along


“We were lucky the grenade bumped off the glass window and few seconds later a loud explosions occurred,” he told reporters.


“They immediately sped away. We chased the suspects but traffic along prevented us from catching up with them,” the Army truck driver, who asked not to be named, added.


He said his companions could not fire at the fleeing suspects as there were many civilians and vehicles along the highway.


The suspects fled toward where they left behind an improvised explosive device (IED) in front of the Special Forces detachment in Barangay Rosary Heights 2.


As of posting, police and Army bomb experts are still conducting post-blast investigations.


No one has claimed responsibility for the attacks.


Capt. Mardjorie Paimela Panesa, public affairs officer of the 9th Infantry Division, Philippine Army, said the government troopers from the Philippine National Police and the 2nd Infantry Battalion led by 1Lt. Joel Pedregosa were on a security patrol when they chanced upon six NPA rebels.


The two groups engaged in a firefight that lasted only for two minutes as the communist dissidents withdrew towards an unknown direction, leaving behind the IEDs and the wire.


The government security forces are still in hot pursuit operation against the rebel group.

Territorial defense to be given emphasis on this year's Balikatan

From the Philippine News Agency (Apr 19): Territorial defense to be given emphasis on this year's Balikatan


This year's Balikatan will be vastly different as territorial defense will be given focused by participating military forces.


This is to ensure that the country's military forces has the capability to defend itself aside from helping in disaster response and community development.


"(This year's Balikatan) will be quite different as it will be focus on territorial defense aside from disaster response and community development," he added.


Patria also stressed that the decision to include territorial defense is not aimed at any nation particular, adding that the overall goal is to ensure that the AFP will able to enhance its capability to protect the country from any threat.


The annual exercise will take place as continues to construct facilities in disputed portions of the .


Aside from boosting the territorial, disaster, and community capabilities of the AFP and participating American and Australian forces, the annual exercise also seeks to improve the interoperability and teamwork of the participating nations.


Patria also attributes the high number of participants, placed at over to 11,740 military personnel, to the fact that the exercises are all scenario driven especially on disaster response as it involves establishment of evacuation centers and transport of affected families there.


He added that Chinese aggressiveness in the could have adverse economic and military implications aside from causing tensions in the sea lanes.


"And since those sealanes are international, that could affect world trade," Cabunoc stated.


"We want to tell the whole world, not only the Filipino people but the whole world that these issues, particularly the tensions caused by China’s massive reclamation activities have significant impact to all, " the AFP public affairs office chief added.


He added that it is vital that the whole world knows of 's ongoing activities as the AFP does not really know what will happen next once they have totally taken control of the disputed area.


However, Cabunoc clarified that the does not want the issue to escalate into a military confrontation.

Philippines braces for bigger war games with US

From Rappler (Apr 20): Philippines braces for bigger war games with US 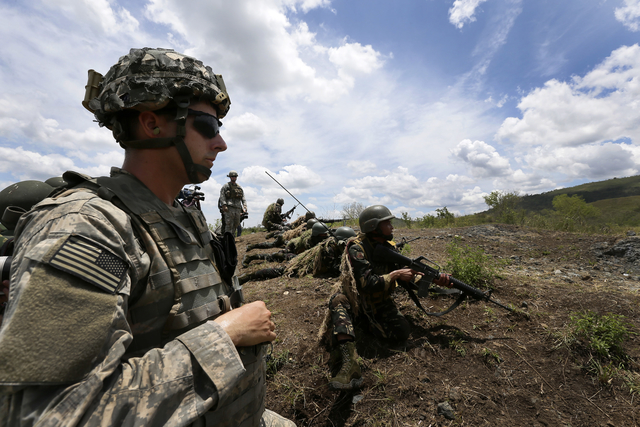 The Balikatan participants will help build school buildings and deliver social services to residents of the nearby communities, Coloma said. They will also conduct seminars to train first responders for disasters.


The war games come as the seeks more US military and diplomatic support to fend off 's increasing forcefulness.


In an interview with Agence France-Presse (AFP) last week, Philippine President Benigno Aquino III said the two militaries operating side-by-side should offer a "deterrent aspect to any entity, be it a country or Islamic radicals."


Aquino insisted the Balikatan war games starting on Monday were not directed at , pointing out they were annual exercises, but he discussed at length the ' reliance on the . (READ: Nearly 7,000 US soldiers in games led by West PH Sea commander)


As steps up its claim over the disputed West Philippine Sea (South China Sea), the braces for its expanded war games with the on Monday, April 20.


For 10 days, thousands of Filipino and American troops will engage in military exercises to boost their capacity to maintain peace and security.


Compared to past war games, the number of participants has doubled this year.


He pointed out that these have been done annually since 1951 under the Mutual Defense Treaty between the and the .


(If by chance, the current situation includes a specific challenge or problem, Balikatan is still done to prepare the two countries to respond to any looming problem.)


The Filipino and American troops will do these in line with huge natural disasters that hit the , such as Super Typhoon Yolanda (Haiyan) in November 2013.

http://www.rappler.com/nation/90407-philippines-us-war-games-balikatan-palace
Posted by Retired Analyst at 1:12 PM No comments:

DOTC awards a contract to supply the vessels to a Japanese firm, aided by a loan from the Japanese government 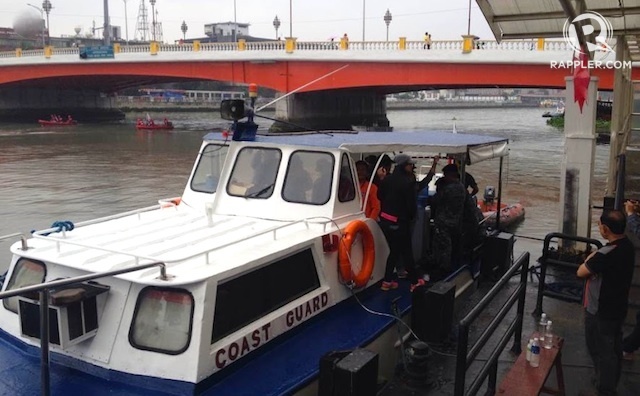 NEW VESSELS SOON. An existing Philippine coast guard vessel on patrol in the Pasig River. File Photo by Jodesz Gavilan/Rappler
The Department of Transportation and Communications (DOTC) has awarded a contract for the construction and delivery of 10 40-meter multi-role response vessels (MRRVs) to the Philippine Coast Guard (PCG) to help improve the protection of the country's seas.
The project, called the Maritime Safety Capability Improvement Project, was awarded to the Japan Marine United Corporation (JMU) last week.
It is being implemented as an Official Development Assistance (ODA) project, via a tied loan from the Japan International Cooperation Agency (JICA).
The loan covers P7.3 billion out of the total project cost of P 8.8 billion ($199 million.) The remaining P 1.434 billion ($32.4 million) will be coming from the Philippine counterpart.
The staggered delivery of the vessels is scheduled for the third quarter of 2016 up to the third quarter of 2018.
“This project is part of government’s program to equip our forces with necessary assets to protect the national marine interest. These 10 new vessels will help the Coast Guard in its functions of maritime law enforcement, search-and-rescue operations, and upholding maritime security within seas,” said Transportation Secretary Jun Abaya.
Under the project terms, the MRRVs will be used by the PCG to serve as
Primary rescue vessels within the PCG Districts’ areas of responsibility (AOR) when the extent of the disaster is beyond the capability of other vessels.
Assistance in the control of oil pollution and protection of the marine environment.
Enforcement of maritime laws within the designated AOR, particularly relating to illegal fishing and sea patrol.
Service as platform for rapid response during relief operations.
Transport of personnel and logistical support.
The MRRVs will be deployed to various PCG Districts across the country, including , La Union, and Puerto Princesa.
JMU’s winning bid of P 4.67 billion ($107.5 million) for the vessels includes the supply of standard spare parts and tools, crew training, ocean transportation, and marine insurance.
The vessels will have a standard cruising speed of 16 knots (30 km/h), and a range of 1,500 nautical miles (2,778 km).
http://www.rappler.com/business/industries/208-infrastructure/90446-philippine-coast-guard-new-vessels
Posted by Retired Analyst at 12:55 PM No comments: