My grandkids arrived several days ago and I have had almost no spare time to do my usual posting of articles. This will be probably be the case for at least the next week. Love when the grandkids visit though. 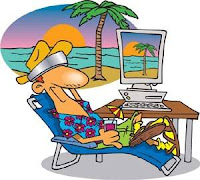 2 Aussie Navy ships to dock in Subic for goodwill visit

From the Philippine News Agency (Apr 11): 2 Aussie Navy ships to dock in Subic for goodwill visit

Two Royal Australian Navy (RAN) vessels, the HMAS Anzac (FFH-150) and HMAS Success (OR-304), will dock at the Alava Wharf of the Subic Bay Metropolitan Authority in Olongapo City for a goodwill visit from Thursday to Sunday.

Capt. Lued Lincuna, Philippine Navy spokesperson, said a welcome ceremony and port briefing will be conducted upon the arrival of the two Australian ships.

The HMAS Anzac and HMAS Success will dock shortly after the customary meeting point procedure with BRP Emilio Jacinto (PS-35) off Morong, Bataan.

The HMAS Anzac is classified as a frigate and is equipped with a variety of weapons capable of engaging surface, sub-surface, and air threats. She weighs about 3,810 tons and has a maximum speed of 27 knots.

The HMAS Success is a Durance-class multi-product replenishment oiler that weighs 18,221 tons and has a top speed of 20 knots.

The arrival of the two missile-armed frigates, to be built by Hyundai Heavy Industries (HHI), is expected to greatly boost the Philippine Navy’s (PN) capability to protect its territorial waters.

"The two warships (upon delivery) will certainly enhance the capability of the PN to guard the Philippine maritime territory and its exclusive economic zone," Navy spokesperson, Capt. Lued Lincuna, said Tuesday.

The two frigates, which are designed to be capable of engaging surface, subsurface, and air threats, and electronic warfare, are worth PHP18 billion including their weapons system and munitions.

They are expected to be delivered in 2020 and 2021. Earlier, Lincuna said that steel-cutting for the two ships is expected to start on April 30.

"The next significant milestone will now be the ceremonial steel cutting, which will likely be held on April 30 at the HHI Complex in Ulsan, South Korea, to be attended by a delegation from DND/PN (Department of National Defense/Philippine Navy) to mark this important milestone," he said.

Steel cutting signals the official start of a vessel’s construction.

Earlier, a committee under the DND approved the Critical Design Review (CDR) of the Frigate Acquisition Project (FAP).

The CDR, handed to the TIAC last January, will serve as the shipbuilder’s "bible" while constructing the frigates.

Lincuna said the TIAC’s acceptance of the CDR marks a significant step forward and a milestone for the project, which consists of the approval of 71 critical detailed design drawings as submitted by HHI. These drawings shall be the basis of HHI to proceed with the project.

It can be recalled that on Oct. 24, 2016, the contract agreement for the FAP was signed by Defense Secretary Delfin Lorenzana - as head of the procuring entity, and Kisun Chung, HHI owner and vice president.

The contract is for the construction of two new 2,600-ton frigates that are missile-capable and equipped with sensors and systems for modern naval warfare.

The Philippine Air Force (PAF), through its Bids and Awards Committee, is looking for suppliers capable of supplying it with spare parts needed for the maintenance of the environmental systems of five of its Lockheed C-3130 cargo aircraft.
The parts are intended for PAF C-130B/H/T planes with tail numbers 3633, 4704, 4726, 5011 and 5040. Budget for the project, as posted in the Philippine Government Electronic Procurement System, is placed at PHP58,870,000.

Submission and opening of bids is on April 26, 9 a.m. at the Procurement Center Conference Room, Villamor Air Base, Pasay City.

"All particulars relative to Eligibility Statement and Screening, Bid Security, Performance Security, Pre-Bidding Conference/s, Evaluation of Bids, Post-Qualification and Award of Contract shall be governed by the pertinent provisions of RA 9184 and its Implementing Rules and Regulations (IRR)," PAF BAC chief Brig. Gen. Ferynl G. Buca said in the same bid bulletin.

The PAF presently operates five C-130 units in its air fleet. They are often used for troop and supply transport and humanitarian assistance disaster relief missions.

The USS Theodore Roosevelt (CVN-71), a nuclear-powered Nimitz-class aircraft carrier and her guided-missile escort cruiser, the USS Bunker Hill (CG-52), have arrived in Manila for a port visit Wednesday.

"We are excited to visit the Philippines and spend time in this part of the Indo-Pacific," Carrier Strike Group (CSG) -9 commander Rear Admiral Steve Koehler said in a statement forwarded by the US Embassy in Manila.

He added that the Philippines has long been part of the US Navy's history and that they are looking forward to continuing that valued relationship and partnership. During the port visit, American sailors and marines will participate in cultural exchanges, community relations events, and morale, welfare and recreation sponsored tours to enhance cultural understanding and cooperation between the two countries.

"There are several 'Rough Riders' who are from the Philippines or who have family in the country. We are excited for them to be able to share their culture with fellow shipmates and spend time with loved ones there," he added.

The Theodore Roosevelt Carrier Strike Group (TRCSG) will continue on its regularly scheduled Western Pacific deployment after departing Manila, conducting a variety of operations, including addressing shared maritime security concerns, building relationships with partner navies and enhancing interoperability and communication with partners and allies throughout the area of operations through exercises and ship visits.

The TRCSG returned to the 7th Fleet area-of-operations after successfully completing more than four months in the Arabian Gulf and US 5th Fleet area of operations supporting maritime security, theater security cooperation, and Operations Inherent Resolve and Freedom’s Sentinel.

The USS Theodore Roosevelt left its homeport of San Diego, California last Oct. 6, for a regularly-scheduled deployment to the US 7th and 5th Fleet areas of responsibility.