(UPDATED) Police arrest members of the Dongon family, including Juromee Dongon, the widow of the late JI leader Marwan, in two separate operations 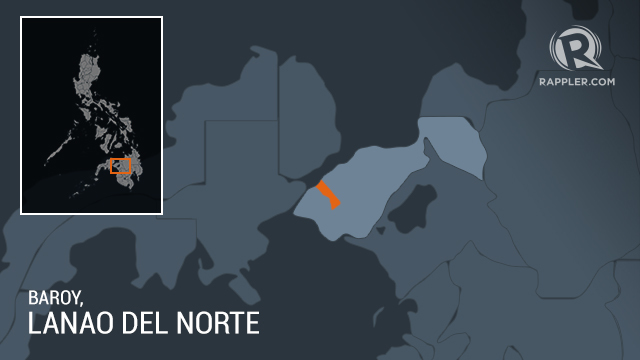 Dongon was married to a senior leader of the notorious Abu Sayyaf kidnap-for-ransom group, Khadaffy Janjalani. After his death in 2006 she married Malaysian bombmaker Zulkifli bin Hir, alias Marwan, who was killed in 2015 in the Philippines, police said.

"Juromee is linked with Abu Sayyaf during the time of Janjalani and then later Jemaah Islamiyah," he added, referring to a Southeast Asian militant group.

Marwan was a leading member of Jemaah Islamiyah (JI) and a suspect in the 2002 Bali nightclub bombings that killed 202 people as well as in two deadly Philippine attacks.

He died in a raid in the southern Philippines that also left 44 police commandos dead. The US had offered a $5 million bounty for him.

Romeo Dongon is the father of Renierlo Dongon, who was the terrorist who had a love affair with a police official, Superintendent Cristina Nobleza. It can be recalled that Nobleza and Dongon were arrested back in April 2017, when the two attempted to evade capture during a police operation against the Abu Sayyaf in Bohol. (READ: Cop detained over alleged plot to rescue ASG in Bohol)

The team was composed of operatives from the regional Criminal Investigation and Detection Group (CIDG), Special Action Force, provincial and municipal cops.

Cops also confiscated a Samsung tablet, a Lenovo laptop with a handbag case, a 4 mobile phones, and two electrical wires.

An exclusive report by Rappler's Maria Ressa back in April revealed that the Dongon family is no stranger to controversial terror-linked marriages.

Romeo Dongon's wife, Judith Dongon, was arrested with Renierlo and Nobleza in the April 2017 incident in Clarin, Bohol.

Norein herself is apparently the wife of Ahmad Santos, the founder and leader of the Rajah Solaiman Movement until his arrest in 2005.

They have been put under the custody of the CIDG, which handles high-level suspects and criminals.

https://www.rappler.com/nation/196847-arrest-romeo-dongon-father-abu-sayyaf-member-love-lady-cop-nobleza-pnp
Posted by Retired Analyst at 9:11 AM No comments:

Police authorities in nearby Sarangani province claimed to have dismantled on Friday a local terror cell, following the arrest of a suspected member of Ansar Khilafah Philippines terror group in Maasim town.

The suspect yielded a .45 caliber pistol and ammunitions.

Police tagged Abdula as one of the key followers of AKP leader Mohamad Jafaar Maguid who was killed in an encounter with security forces in Kiamba, Sarangani in January 2017.

Maguid was a former member of a Moro Islamic Liberation Front who founded the AKP, a local terror group which had pledged allegiance to ISIS.

A suspected member of the Abu Sayyaf Group (ASG) was killed Saturday morning in an encounter with soldiers in Maluso, Basilan.

Army Captain Joan Petinglay, spokesperson for the Western Mindanao Command, said a firefight lasting more than an hour ensued between members of the bandit group and soldiers of the 68th Infantry Battalion in Sitio Pali, Barangay Abong-Abong at around 8:45 a.m.

Brigadier General Juvymax Uy, commander of the JTF Basilan, said other maneuver forces including special forces battalion 64IB and 18IB were directed to block the avenues of enemy withdrawal.

The body of one ASG member, along with an M14 rifle, were recovered from the firefight.

Aside from the Abu Sayyaf, BIFF and their affiliate groups, the government's anti-terrorism campaign has been extended to the Communist Party of the Philippines-New People's Army after President Rodrigo Duterte issued a proclamation order tagging the communist group as a terrorist organization.

In congratulating JTF Basilan headed by Uy, Lieutenant General Carlito Galvez Jr, commander of the Western Mindanao Command, said: “There will be a no-let up operation against the Abu Sayyaf as our Commander-in-Chief himself has declared such since last year.”

“The different Joint Task Forces are in full-throttle to get the remaining Abu Sayyaf members and to rescue their kidnap victims,” he added.

http://www.gmanetwork.com/news/news/regions/644533/asg-member-killed-in-basilan-encounter-westmincom/story/
Posted by Retired Analyst at 8:34 AM No comments:

An Abu Sayyaf bandit was killed Saturday morning in a clash with government troops in Maluso town, Basilan, the military said.

In a statement, the Western Mindanao Command (Wesmincom) said state troops also recovered an M14 rifle at the site of the firefight.

Sporadic gunfights still went on until around noon due to pursuit operations, the military said.

"There will be a no-let up operation against the Abu Sayyaf as our Commander-in-Chief himself has declared such since last year," said Wesmincom chief Lt. Gen. Carlito Galvez Jr.

"The different Joint Task Forces are in full-throttle to get the remaining Abu Sayyaf members and to rescue their kidnap victims."

The military is pursuing operations against the Abu Sayyaf as the bandit group continues to hold several hostages.

http://news.abs-cbn.com/news/02/24/18/abu-sayyaf-bandit-killed-in-basilan
Posted by Retired Analyst at 8:17 AM No comments:

The discovery was made after the military interviewed 13 former regular members of the NPA from the Guerilla Front 25, Southern Mindanao Regional Command who surrendered to the 66th IB recently.

“The regular members of GF25 who surrendered to the 66IB did not yield any firearms, but generated invaluable information instead,” the military said.

Parungao assured the communities under his area of operations of the continuing efforts of the 66th Infantry (Kabalikat) Battalion to fight any threat to peace. A ranking member of the New People’s Army (NPA) in northeastern Mindanao was captured in a joint police and military operation in Barangay Villalangit, Sibagat, Agusan del Sur.

The Eastern Mindanao Command (Eastmincom) on Sunday reported that Pablito Campos, also known as "Batik" or "Ponsoy," front secretary of the Guerrilla Front 21A was captured by Sibagat police and the troops from the 3rd Special Forces Battalion (3SFBn) under the 401st Infantry Brigade of the Philippine Army.

The commander of the 401st IB, Col. Andres Centino, is expecting more arrest of Communist Party of the Philippines-New People’s Army (CPP-NPA) members with focused operations against the organizations which have been derailing development in the rural areas.

Centino said the capture of Campos shows that security forces adhere to the rule of law and the International Human Rights law.

Centino said Campos would face trial for all "atrocious acts (committed) against the people".

Campos has been accused for the failed ambush of the Sibagat police personnel last July 29, 2017 at El Rio, Sibagat, Agusan del Sur.

The spokesperson of the 4th Infantry Division, 1st Lt, Teresita Ingente, said the capture of Campos is seen as another setback of the CPP-NPA for being the brains behind Front Committee 21A, the top propagandist and the one who allegedly decided on the extortion and abduction activities of the NPA.

Ingente said Campos was also behind the recruitment of NPA members in Sibagat, Bayugan and San Miguel, Agusan del Sur.

She said these two areas have been considered the "root of terrorism" in the areas of Agusan del Sur.

With the capture of Campos, troops vowed to continue their security operations in the area to ensure the safety of communities.

The Armed Forces of the Philippines (AFP) has been urging members of the NPA and the supporters to give up and lead normal lives.

Balagtey reported that since January, the 401st IB already neutralized a number of CPP-NPA members from Agusan Sur and Surigao Del Sur.

Balagtey said four have been captured while 57 have surrendered because of the military’s relentless operations.

Also, 26 firearms and more than 100 improvised explosive devices, thousands of ammunition were seized.

Balagtey said the NPA also lost control of four major enemy camps which were overrun by government troops. Ingente said 4th ID under Maj. Gen. Ronald Villanueva has been urging NPA members and supporters to not to waste the government's call to return to the folds of the law.

Ingente added that the government, through its Comprehensive Local Integration Program (CLIP), is also offering cash and livelihood program for every surrendered firearms.

The 4th ID urged the NPA to take advantage of the program as it will not be offered forever. A convoy of military vehicles of the Army’s19th Infantry Battalion was heading to this city from Arakan, also in North Cotabato, when the roadside bomb went off at 8:10 p.m. in Purok 8, Barangay Poblacion, President Roxas town.

Army Corporal Roel Padolina was driving one of the KM-150 truck loaded with soldiers in a convoy when an improvised bomb fashioned from a landmine, with cut nails and metal shards, exploded.

Padolina, who sustained injuries on his arms and body, was rushed to North Cotabato provincial hospital here after the incident.

Supt. Bernard Tayong, North Cotabato police spokesperson, said no one has claimed responsibility on the incident but police are looking at guerillas of CPP-NPA-NDF Guerilla Front 53 as perpetrators of the attack. The clash occurred 4 a.m. Saturday in the village of Nabalawag here.

Village watchmen immediately alerted Army and police forces on the BIFF presence who quickly responded by sending troops to the area.

Upon arrival, soldiers started firing at the BIFF members on board several motorized bancas who were about to land in the marshy area of the village.

The village of Nabalawag is adjacent to Datu Piang in Maguindanao where the BIFF has strong presence.

“The two suspects tried to restart the motorboat engine, but failed when the military started firing, apparently to escape,” Lutera told reporters.

The two suspects were brought to the 34th IB headquarters for interrogation before they were turned over to the local police for filing of appropriate charges.

The Armed Forces of the Philippines (AFP) on Sunday assured continuous assistance for the education of dependents of military personnel as the number of its scholars rose to 4,129 in February.

In a statement, the AFP said this number is expected to increase in the coming months as the AFP Educational Benefit System Office (AFPEBSO) strengthens scholarship generation activities nationwide.

The beneficiaries are given scholarships through law-mandated programs and those by virtue of partnerships with educational, government, socio-civic, and financial institutions.

Among the benefits for AFPEBSO grantees are free tuition and miscellaneous fees, monthly stipend up to PHP20,000 per year and food and transportation allowance.

As of February, the AFPEBSO has over 290 scholarship partners. These include around 280 academic institutions and foundations that have entered into a memorandum of agreement with the AFP.

It has earlier renewed its partnership with the Mercury Drug Foundation Inc. in providing full scholarships to Pharmacy students.

Other beneficiaries are dependents of non-battle casualties, active and retired soldiers, and civilian employees of the AFP. This was the remark of Philippine Navy (PN) flag-officer-in-command Rear Admiral Robert Empedrad when asked how many more modern warships the Navy needs to fully secure the country’s maritime domains.

Empedrad issued this statement during the Frigate Acquisition Project hearing at the Senate last Feb. 19 where issues concerning the brand of combat management system (CMS) to be installed were discussed.

"Based on our Modernization Program, we will require six of the frigates until 2028 – that is our Third Horizon. Apat pa after we get these two ships," he said.

The frigates, presently being built by HHI, will be armed with weapons capable of neutralizing surface, sub-surface and air threats aside from its electronic warfare ability.

These ships have a contract of PHP18 billion, including their weapons systems and munitions.

In the same hearing, the Navy chief said there are also plans to install a CMS and upgrade the weapon systems of the three Hamilton-class cutters acquired from the US Coast Guard. Also arrested in the operation were the suspect's sister Lorilie Dongon Atta and her husband SPO4 Andy Ascali Atta.

All the confiscated items were brought to CIDG 10 for booking and documentation.

Meanwhile, criminal charges for violation of RA 10591 and RA 9516 are being prepared for inquest proceedings.