The United States said on Thursday that a three-part approach developed by its Defense Department will enhance its security alliance with the Philippines. In a forum at the Center for Strategic and International Studies (CSIS) in Washington, D.C. live-streamed here early Thursday morning, assistant secretary of defense for Asian and Pacific security affairs Mark Lippert said the three-part approach involves repositioning humanitarian and disaster relief assistance, developing maritime awareness, and continuing the engagement of both countries’ militaries....

The National Democratic Front of the Philippines (NDFP) calls as “malicious and unfounded” the statements made by Alex Padilla, Government of the Philippines (GPH) Panel Chair, following the New People’s Army’s (NPA) recent indemnification to the September 1 Paquibato blast victims. Luis Jalandoni, chairman of the NDFP peace panel, said his group's apology and indemnification “stand in stark contrast to the denial of responsibility by the AFP” for the many violations it committed such as the Hacienda Luisita massacre in November 2004 and the killing of nine-year-old pupil Grecil Buya in Kahayag village, Compostela Valley in March 2007.....

Email ThisBlogThis!Share to TwitterShare to FacebookShare to Pinterest
From the Daily Tribune (Sep 28): AFP to get P1.7B from BCDA

The Armed Forces of the Philippines (AFP) is set to receive P1.7 billion from the Bases Conversion Development Authority (BCDA) in the next few months to finance its ongoing modernization program aimed at having a credible internal and external defense capability. BCDA president Arnel Paciano Casanova said that the agency is set to remit a total of P2.025 billion within the year to the AFP from the proceeds of disposition of military camps in various parts of the country....

http://www.tribune.net.ph/index.php/nation/item/4897-afp-to-get-p17b-from-bcda
Posted by Retired Analyst at 8:48 AM No comments:

Email ThisBlogThis!Share to TwitterShare to FacebookShare to Pinterest
From the Manila Bulletin (Sep 27): ‘Operation Smile’

The Philippine Army’s 401st Infantry (Unite N’ Fight) Brigade is currently conducting a noble and commendable task to people born with harelip. The brigade offers “Operation Smile” free of charge and will cater to people with harelip problem, especially six months old and above. It started early this week. Parents may register their children with harelip anytime at the Civil Military Operation Section of the 401st Brigade located at New Leyte, Awa here (Agusan del Sur). The Brigade will then announce the schedule of operation at the Northern Mindanao Medical Center in Cagayan de Oro City, and all expenses in going to Cagayan de Oro City will be shouldered by the brigade....

Email ThisBlogThis!Share to TwitterShare to FacebookShare to Pinterest
From the Manila Bulletin (Sep 27): Clearing Of Mindanao Landmines Set

The joint clearing of landmines and unexploded ordnance (UXO) in Mindanao is set to be launched any time soon as part of new initiatives developed by the European Union to contribute to confidence and peace-building in the southern island of the Philippines. According to EU Ambassador to the Philippines Guy Ledoux, a 22,000 euro contract for the Swiss Foundation for Mine Action and the Philippine Campaign to Ban Land Mines will be signed within the next few weeks. Ledoux said the project, aimed to lower threat from UXO, is expected to benefit some 21,000 families (or some 105,000 people) spread over 21 municipalities in four provinces in Central Mindanao (13 municipalities in Maguindanao, four in Cotabato, three in Lanao del Norte, and one in Lanao del Sur)....

The Naval Forces Western Mindanao (NFWM) commended a Philippine STAR reporter as it commemorated its 16th founding anniversary Thursday as the premiere naval forces in the southern Philippines. Rear Admiral Armando Guzman, NFWM chief, personally handed over the certificate of appreciation to Philippine STAR staff reporter Roel Pareño during a simple ceremony at the Naval Station Romulo Espaldon....The NFWM also cited the local outfit of the ABS-CBN for its timely information dissemination and a non-government organization for supporting the naval command's civil-military operations.


A senior naval officer said the Chinese navy's recent live fire exercise was just part of its psychological warfare and should not cause intimidation as the Philippine government is addressing the tension between the two countries.  Rear Admiral Armando Guzman, commander of Naval Forces Western Mindanao (NFWM), said the Philippine Navy is capable in asserting the country’s sovereignty. “It was psychological warfare and personally I believe we have to assert our sovereignty. We are not threatened. Our government is addressing it through a political and peaceful approach,” said Guzman at the sidelines of the 16th anniversary of the NFWM at Naval Station Romulo Espaldon.

An alleged member of the Albay executive committee of the Communist Party of the Philippines died in a clash with police and military personnel in Ligao City early Thursday. Colonel Ricardo Visaya, commander of the 901st Infantry Brigade, said Antonio Perelonia alias “Eddie” died during the five-minute firefight with troops of the 2nd Infantry Battalion and policemen in Sitio Managanaga, Barangay Oma-oma at 6:10 a.m....

http://www.interaksyon.com/article/44150/npa-leader-killed-in-albay-clash-with-military-police
Posted by Retired Analyst at 8:12 AM No comments:

Email ThisBlogThis!Share to TwitterShare to FacebookShare to Pinterest
From the Philippine News Agency: Police intercept cache of loose firearms in transit to Mindanao


Some 187 young leaders from 14 villages of Davao Oriental’s Banaybanay have joined the four-day Youth Leadership Summit organized by the Philippine Army in an effort to win peace in the southern province.... The YLS is a character-based leadership for the youth that aims to inculcate the virtues of patriotism, awareness against drug addiction, threat situation and deeper environmental concerns.... 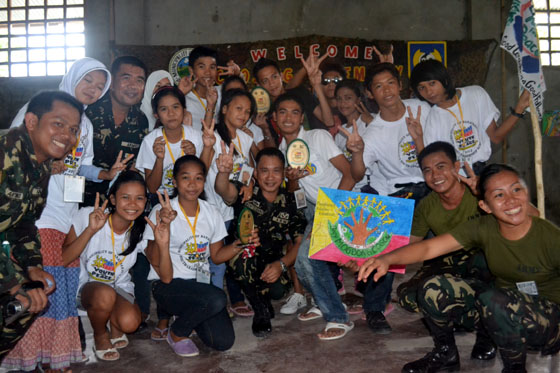 Email ThisBlogThis!Share to TwitterShare to FacebookShare to Pinterest
From the Mindanao Examiner (Sep 27): Marines complete tour in Sulu province

Sulu provincial officials praised the 3rd Marine Brigade for its support to the government’s peace and development efforts as it completed its tour of duty. The marine brigade is heading to its new mission in Palawan province after a long stint in Sulu, one of five provinces under the Muslim autonomous region. Abdusakur “Tutuh” Tan II, the Chief-of-Staff of Sulu Governor Sakur Tan, represented his father during the send-off ceremony for the marine brigade.... 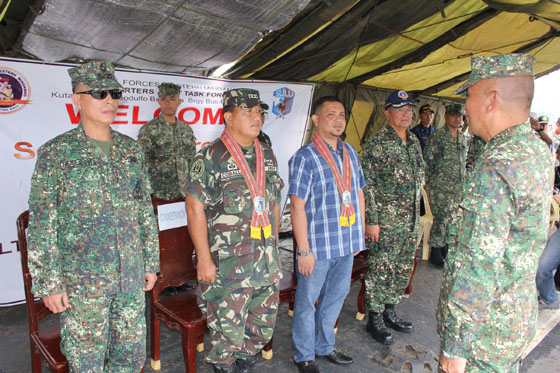 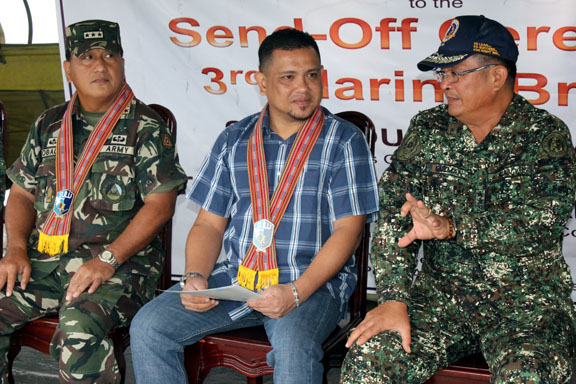 Email ThisBlogThis!Share to TwitterShare to FacebookShare to Pinterest
Posted to the left-of-center Asia Times (Sep 28): US 'pivots' on the Philippines

...On September 5, Philippine President Benigno Aquino issued Administrative Order 29, which officially renames the South China Sea as the West Philippine Sea on national maps. After making the executive order, he notably failed days later to meet Chinese President Hu Jintao on the sidelines of the recent Asia Pacific Economic Cooperation (APEC) meeting held in Russia....The Philippines' growing assertiveness in the face of veiled Chinese threats is more than a calculated strategy to push claims while China is preoccupied with a potentially more volatile dispute with Japan. Rather, Manila's emboldened position banks on expected United States' assistance in the event heated rhetoric boils over into armed confrontation....

http://www.atimes.com/atimes/Southeast_Asia/NI28Ae01.html
Posted by Retired Analyst at 7:27 AM No comments:

MELCHOR Balance or Commander Kawar of the Cordillera People’s Liberation Army (CPLA) lashed back at Arsenio Humiding. Balance was referring to the strong words of Humiding last week when the latter called the CPLA, under recently reelected chairman Mailed Molina, as collectors of revolutionary taxes and protectors of squatters at the Dairy Farm compound along Marcos Highway....Humiding leads another group, which has signed an agreement with the Presidential Adviser for the Peace Process (Opapp) to disarm the CPLA and bring development funds to the Cordillera.