Recent major terrorist attacks in Southeast Asia, including the Bangkok and Jakarta bombings, indicate a resurgence of terrorism in this region. While terrorism is a big threat to the national and regional security, its harm to the economy cannot be ignored. 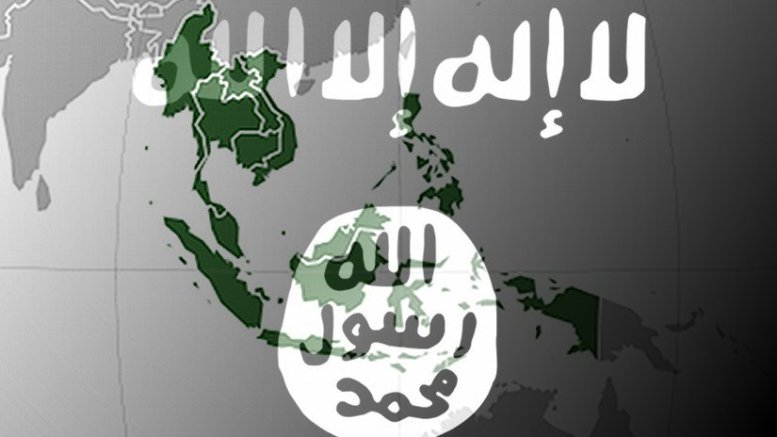 Islamic State’s footprint has recently expanded to Southeast Asia, as shown by the terror attacks on 14 January in Jakarta. Countries in this region, including Malaysia, Singapore, Vietnam, and Philippines, have been on high alert and stepped up safety measures against terrorism.

The Jakarta attacks represent the expansion of the IS to Southeast Asia, and clearly they will have other plots in the region. The regional governments should be prepared for future attacks and protect the region’s economy. One terrorist incident may not pose a direct and significant risk to the economy, but a series of attacks definitely will. Foreign tourists will be scared away and not come back in the short term. Foreign investors will lose their trust in a country or not feel secure to come to the whole region.

The challenges faced by the governments in this region are big and manifold. Governments not only need to manage the threats posed by the IS followers, to deal with rising religious extremism, and to restore the public’s confidence, but also they may suffer from the negative impact on the economy. The potential economic impact is very likely to be felt in tourism and foreign investment.

The economic consequences of terrorist attacks could be negative. The 9/11 attacks, for example, caused the US stock market to fall dramatically. While Indonesia’s stock market has remained intact after the Jakarta attacks, a direct effect can be on the tourist industry, which is an important part of the Indonesian economy.

Recent terrorist attacks in Southeast Asia seemed to mainly aim at foreign visitors. Soon after the Jakarta attacks, IS claimed responsibility and said foreigners were the targets. The Bangkok bombing on 17 August last year was also aimed at foreigners. When foreigners are clearly the major terrorist targets, visitors from overseas would avoid traveling to the terrorist hotspots. After the 2002 terror attacks in Bali, for instance, the number of visitors fell by 32 percent, resulting in huge losses in tourism revenues.

Moreover, foreign governments are very likely to issue travel warnings for their citizens after deadly terror attacks. At least 23 countries have advised their citizens to travel with caution or not to travel to Thailand in the wake of the Bangkok bombing in August 2015. A number of foreign embassies in Jakarta have also issued travel alerts following the Jakarta attacks. These warnings may discourage tourists from visiting Indonesia.

Indonesia’s Tourism Minister Arief Yahya maintains that tourism is not affected by the recent terror attacks in Jakarta. There were no cancellations of bookings or trips to Indonesia’s major tourist destinations such as Yogyakarta or Bali. This, however, is because Jakarta is geographically far from Indonesia’s popular tourist spots. If subsequent terrorist attacks occur in Indonesia, tourists will lose their confidence and may turn to other safer countries.

Another form of terrorism often aimed at foreigners is kidnapping. Terrorists kidnap tourists to seek publicity or high ransom. In September 2015, three foreign tourists were abducted in southern Philippines by the militant group Abu Sayyaf. Kidnapping events like this have made southern Philippines be considered as an unsafe place for tourists. While kidnapping is not widespread in Southeast Asia, one such event may severely deter foreign tourists.

The other aspect of the economy that could potentially be damaged by terrorism is foreign direct investment (FDI). Compared to the impact of terrorist attacks on tourism, which is usually short-term, losses in FDI can pose greater impact on the region’s economic prospect. FDI has played an increasingly important role in promoting economic growth in Southeast Asia. If foreign investors are deterred or driven away, it is difficult to lure them back.

Foreign investors do worry about the danger of terrorism. According the survey results from the A.T. Kearney Foreign Direct Investment Confidence Index in 2004, 2005, and 2007, leading executives of international companies responded that terrorism is one of their major concerns while making overseas investment decisions. If Southeast Asia is considered as a region plagued with frequent terrorist activities, foreign companies will avoid doing business here.

Losing foreign capital can seriously hurt a country’s economy. Indonesian President Joko Widodo has set attracting foreign investment as a priority. If the Indonesian government does not show a strong will to combat terrorism after the Jakarta attacks, the endeavour to invite foreign investors may be jeopardised.

Anti-terrorism efforts, such as revising anti-terror laws and tightening security measures, should not be delayed by the Indonesian government. This is not only to provide citizens a safe homeland, but also to signal to foreign investors the government’s commitment to fighting terrorism. Such efforts are also important for other developing countries in this region that seek foreign investment.

Governments in this region have been working hard to promote economic integration and to accelerate economic growth. These efforts should not be ruined by terrorists. If regular attacks occur, governments of targetted countries will be thought incapable of maintaining a safe environment by foreign tourists or investors. So regional governments should pay particular attention to this threat and fight hard to prevent any future terrorist attacks for security as well as economic reasons.

RSIS Commentaries are intended to provide timely and, where appropriate, policy relevant background and analysis of contemporary developments. The views of the author/s are their own and do not represent the official position of the S.Rajaratnam School of International Studies (RSIS), NTU, which produces the Commentaries.]