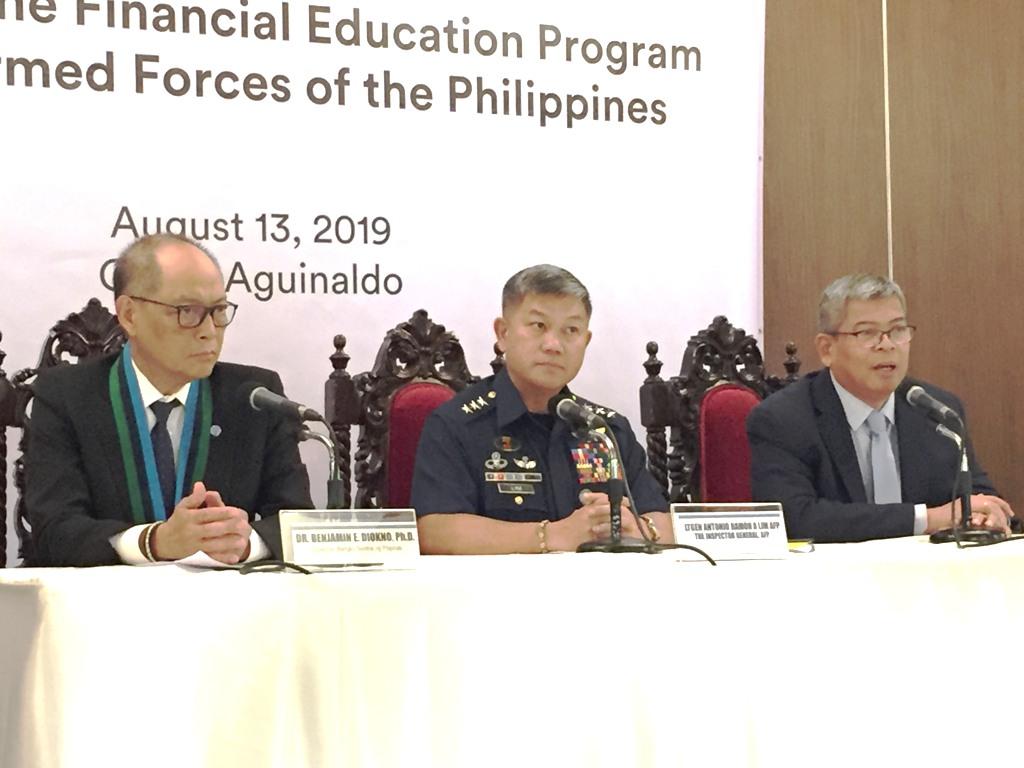 The Bangko Sentral ng Pilipinas (BSP) on Tuesday announced plans to fast-track the process of allowing employees of the Armed Forces of the Philippines (AFP) to invest in government securities.

“For payments for some loans, they have an automatic deduction in government securities. I'm encouraging them to design some instruments for the people who are enlisted here. There are many young soldiers, so they can start saving,” Diokno added.

Treasury bills are short-term debt obligations backed by the Bureau of the Treasury, with maturities ranging three months to a year.

The AFP, BSP, and BDO Unibank signed a memorandum of agreement (MOA) to train uniformed and civilian personnel of the agency on financial matters.

The agreement covers the Financial Literacy Program which aims to educate over 140,000 uniformed and civilian personnel in financial literacy.

The BSP and the BDO Foundation have come up with financial literacy materials, which the AFP will distribute to their employees.

“It is necessary for members of the Armed Forces to be financially secure, as they are charged with the significant task of keeping our country peaceful and secure,” the centrla bank chief noted.

Diokno said the BSP wants to have similar partnerships with other government agencies.

“This is just a subset of a bigger partnership with BDO and many groups. If we succeed in what we want to do, the results will be monumental,” he said.

Aside from the AFP, the BSP has signed similar arrangements with the Overseas Workers Welfare Administration (OWWA) for overseas Filipino workers, and the Department of Education (DepEd) for students and teachers.

Other government agencies the BSP plans to tap are the Civil Service Commission (CSC), and the Department of Trade and Industry (DTI).

“Should we succeed in this endeavor, the impact will be monumental,” Diokno said.

https://www.gmanetwork.com/news/money/personalfinance/704389/soldiers-to-invest-in-government-securities-via-salary-deductions/story/
Posted by Retired Analyst at 11:42 AM