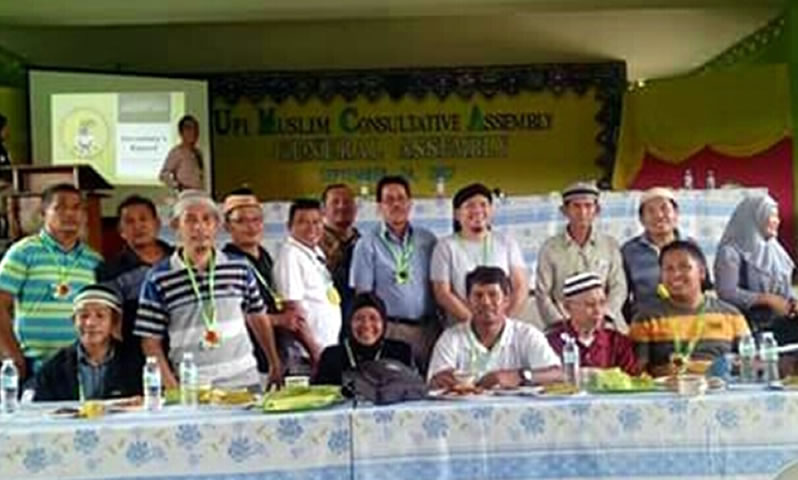 The Guest of Honor was Hon. Ramon A. Piang Sr, an ethnic Te'duray and Mayor of the said municipality who led the Oath taking Ceremony of UMCA Officers and Board of Directors headed by Engr. Sukarno B. Datukan as President of the organization.

Mayor Piang in his message appealed to more than 300 Muslim group and Balik - Islam included, who participated in the activity to help him in his campaign, and that of Pres. Duterte's campaign against illegal drugs and countering violent religious extremism in the municipality.

The Mayor also pledged PhP100,000 as the local government unit’s support to the peace initiatives of UMCA, and challenged the group to make programs and project that are sustainable in addressing the push and pull factors of violent extremism.

UMCA President Engr. Datucan acknowledged and expressed his deep appreciation to the leadership of Mayor Piang for supporting the Muslim minority in the municipality. The Te'duray comprising at least 70%, Christian settlers 20% and Moro residents 10%.

The activity concluded in a " kanduli ", a festive meal prepared for the guests and participants thanking Allah (SAW) for their almost 13 years of existence, and hopefully beyond, in shaa Allah ( God willing ).

http://www.luwaran.com/news/article/1018/umca-holds-genera-assembly--joins-hands-with-lgu-upi-in-combating-violent-religious-extremism-and-illegal-drugs-
Posted by Retired Analyst at 4:56 AM