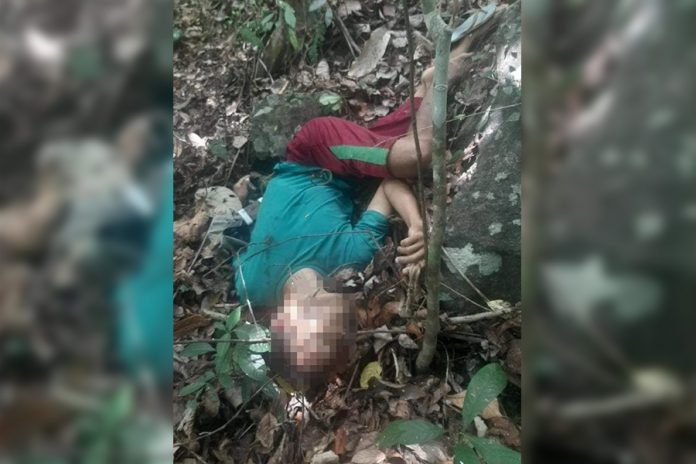 One rebel was killed while seven others were captured, including a 14-year-old lad, in this April 18 encounter around 10:30 a.m.

Soldiers proceeded to Barangay Cabalaunan after having been informed by concerned residents that armed men were in the area, according to 3ID spokesperson Army Captain Cenon Pancito III.

For 40 minutes they exchanged fire with some 49 rebels until the insurgents retreated.

Pancito said the rebels belonged to the Suyak Platoon of the NPA Southern Front Committee and led by Joven “Ka Lex” Ceralvo.

The rebel casualty was a male who, as this was being written, remained unidentified at the Moleta funeral homes in Miag-ao.

All the 11 captured rebels were now under the custody of the 61IB.

“The rebels were taking for granted the enhanced community quarantine being imposed to curb the spread of the coronavirus disease 2019 (COVID-19). They continued with their recruitment activities and extort money from villagers,” said Pancito.

The 3ID commander, Major General Eric Vinoya, lauded the troops for repelling the rebels “despite being exhausted in our deployments at different quarantine control points and performing other necessary tasks to help contain COVID-19 in the island of Panay.”

Barangay Cabalaunan is some 14 kilometers away from the town proper of Miag-ao.

Lieutenant Colon el Joel Benedict Batara, commander of the 61IB, said the capture of the teenage boy was proof that the rebels were recruiting minors.

Just this March 29 the NPA marked its 51stanniversary.

In the whole Panay Island, Pancito said, there are now less than a hundred rebels. Many NPA members surrendered to the government and others were killed in encounters with government troops, he added.

He reminded people not to support nor join the NPA “kasi walang patutungohan.” The NPA is the armed wing of the Communist Party of the Philippines.

https://www.panaynews.net/govt-troops-overrun-npa-training-camp-1-rebel-killed-11-others-captured/
Posted by Retired Analyst at 10:27 AM