4 soldiers killed in clashes with NPA in Negros Occidental, Masbate

From Rappler (Apr 19, 2020): 4 soldiers killed in clashes with NPA in Negros Occidental, Masbate

The military says 4 soldiers were also wounded in the Negros Occidental encounter on Sunday, April 19 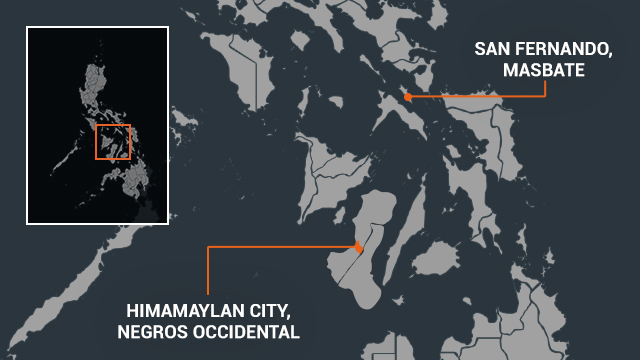 Four soldiers were killed in separate clashes with the New People's Army (NPA) in Negros Occidental and Masbate on Sunday, April 19.

Three of them were from the 94th Infantry Battalion, who encountered the communist rebels in Barangay Carabalan, Himamaylan City in Negros Occidental, at around 10 am.

According to 303rd Infantry Brigade Commander Colonel Inocencio Pasaporte, the soldiers had been pursuing the NPA for the past 3 days after receiving reports of the communist group's extortion activities.

An improvised explosive device went off, triggering the 30-minute firefight in Barangay Carabalan.

A lieutenant and a soldier died during the encounter, while the third soldier passed away while being evacuated. Four soldiers were also wounded.

Hours later, at around 12:30 pm in Barangay Salvacion, San Fernando, Masbate, joint elements of the 2nd Infantry Battalion and the Philippine National Police had a one-hour gunfight with at least 30 NPA members.

The communists were allegedly planning an attack on the community and the government troops.

One soldier died in the encounter. Firearms, ammunition, and communication equipment were recovered from the NPA.

https://www.rappler.com/nation/258409-soldiers-killed-clashes-npa-negros-occidental-masbate-april-19-2020
Posted by Retired Analyst at 11:05 AM