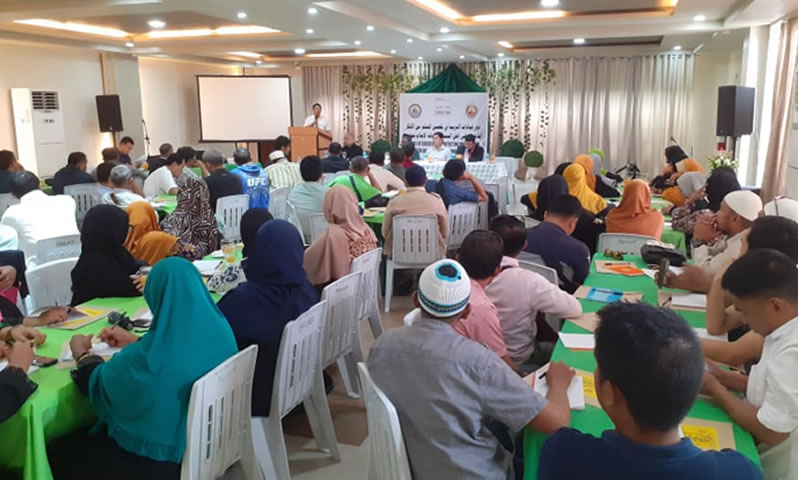 The Sugoda Buayan Tarbiyyah Committee hosted an Islamic symposium entitled The Role of Educators in Protecting Muslims from Injected Ideas aimed to keep the audiences being the followers of the members of the Ahlu Sunnah wal Jamaah.

Held in General Sanstos City on July 7, the activity was supported by the Educational Research Center and the City Mayor’s Office – Indigenous Cultural Communities Affairs Division.

The resource persons discussed other sects who claim to be Muslims but have deviated from the teachings of Islam and how those caused chaos and destruction in the Muslim states.

The participants came from the provinces of Sarangani and South Cotabato and the City of General Santos.

They were urged to continue on learning about Islam. The participants were also warned to be wary from the sources of information considering that there are sects that uses the internet in indoctrinating their beliefs that veer away from....