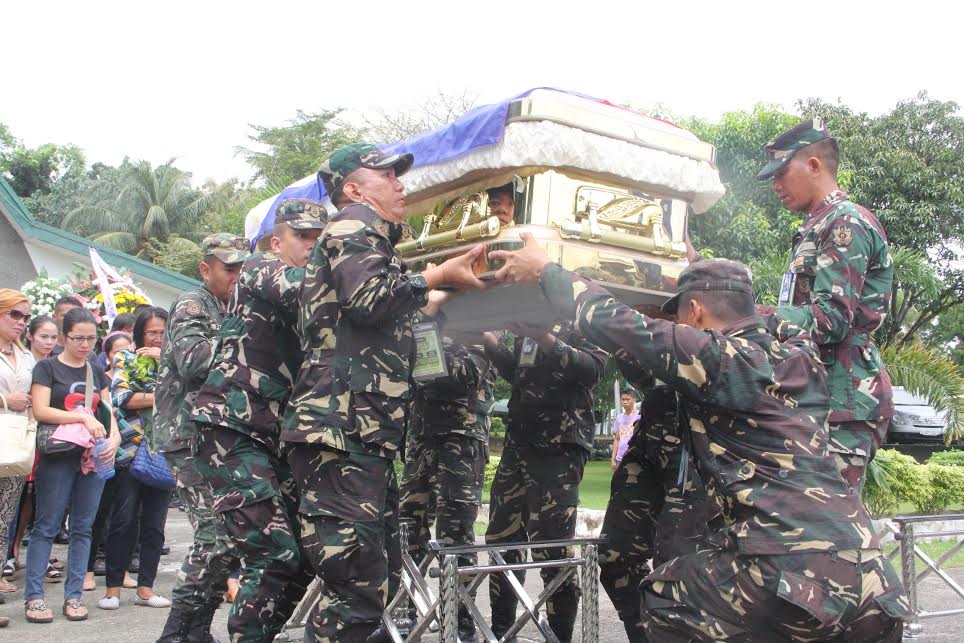 Troops honor fallen soldiers in Maguindanao province on Thursday, Augusy 18, 2016 in this photo released by the 6th Infantry Division to the regional newspaper Mindanao Examiner.

The Philippine Army’s 6th Infantry Division on Thursday honored two soldiers who were slain during an anti-drug operation in ’s Midsayap town.


She said the soldiers were part of operating team, composed of 62nd Reconnaissance Company, Philippine Public Safety College, Philippine Drug Enforcement Agency, and Naval Intelligence Security Group that engaged with Masgal’s group at the boundaries of Kadilingan and Nabalawag villages. Petinglay said one NISG member was also killed and 8 soldiers from the 62nd Reconnaissance Company were wounded in the fierce fire fight.


Major General Edmundo Pangilinan, the division commander, handed over a Posthumous Military Merit Medal to the families of the late soldiers for their acts of heroism. “These two men did not only die fighting terrorists in but they also risk their lives fighting the illegal drugs in the country,” he said.