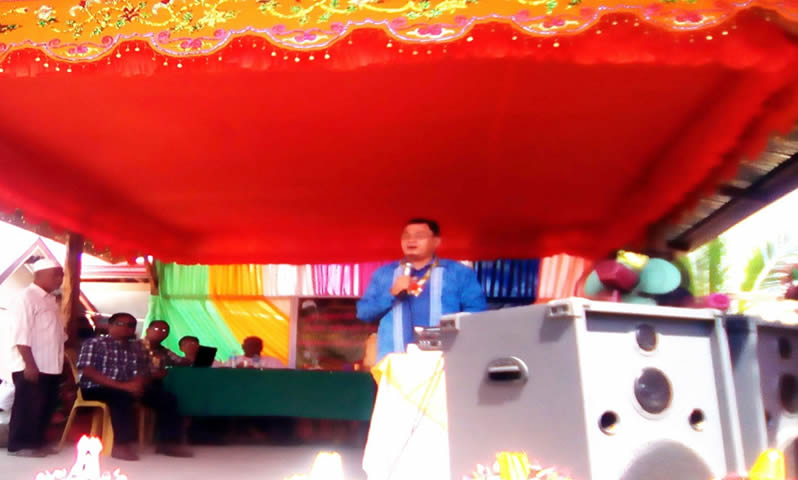 IN PHOTO- At the podium Sheikh Nhurol-Am Abdullah during the conduct of Islamic Symposium at Mamasapano, Maguindanao

“Muslims must teach peace in the community. Lasting peace is our aspiration that can only be achieved through building inclusive governance”, he added.

“Being a believer of Islam is a level that Allah told that this is the level of victory of our aspiration”, Abdullah emphasized.

Abusama Guiamel, one of the organizers said ’’Let us help one another to do good deeds and forbid bad deeds in our community to help peace prevail in Mindanao.”

“Addressing Moro Historical Injustices through passing the BTC-drafted BBL into enabling law is the best way to end decades of armed conflict in Mindanao”, Abdula added.

Abdula emphasized that the peace gains must be preserved, and sustained to achieve long lasting peace in Mindanao.

“The BBL is the legal document that could address the injustices committed against the Bangsamoro People once the Bangsamoro Political Entity is established”, Abdula further said.

http://www.luwaran.com/news/article/1190/madrasah-usamah-kulalo-holds-islamic-symposium-in-mamasapano
Posted by Retired Analyst at 1:32 AM