Teodoro says 'the important thing is that a good person was chosen,' referring to retired army general Delfin Lorenzana 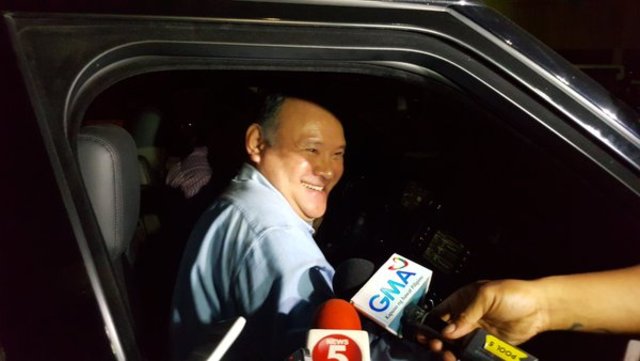 NO TO DND. Gibo Teodoro speaks with media in Davao City on June 2, 2016. Photo by Pia Ranada/Rappler

Former defense secretary Gilbert Teodoro has moved on from Rodrigo Duterte's offer of the Department of National Defense (DND) post.

In an ambush interview on Thursday, June 2, Teodoro said his talks with the president-elect about the Cabinet post was "water [under] the bridge."

"It's not useful or healthy to talk about those things…I just came here to thank and congratulate him officially," said Teodoro.

Two nights ago, Duterte had announced that his defense chief would be retired army general Delfin Lorenzana.

Asked what happened to his talks with Teodoro, Duterte made it sound like Teodoro was having a hard time communicating that he wanted to decline.

"Mahirap magsabi direkta 'yan eh. I would defer kasi presidente na ako eh," Duterte had said. (He has a hard time giving a direct answer. I would defer because I am president.)

"The important thing is that a good person was chosen, the new secretary-designate Del Lorenzana. I know General Lorenzana and I know his capability and I will support General Lorenzana in any way in a private capacity," he told media.

Asked if Duterte offered Teodoro another government position, Teodoro said he has decided to help the Duterte administration "as a citizen."