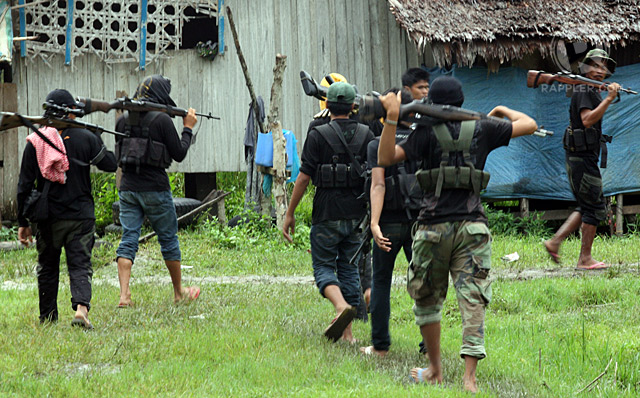 Earlier, President Benigno Aquino III ordered the DOJ to file appropriate charges against the perpetrators in the massacre of 44 policemen.

MILF’s vice chairman for political affairs Ghadzali Jaafar said they are not certain whether to turn over to authorities their commanders allegedly involved in the clash since the organization is also conducting its own probe.

There are proposals to take the case to an international court over possible war crimes. (READ: Miriam: Determine command responsibility over Mamasapano)

The deadly fighting occurred on January 25 while members of the Philippine National Police Special Action Force were in Mamasapano town in Maguindanao on a law enforcement operation against Malaysian terrorist Zulkifli bin Hir, also known as Marwan, and JI Commander Basit Usman.

Zulkifli – who has a $6-million bounty by the United States Federal Bureau of Investigation for his involvement in the 2002 bombing in Bali, Indonesia, that left 110 foreign nationals dead – was reportedly killed. Usman, a “bomb-making” expert who has a $1-million bounty on his head, escaped.