US exec tells Beijing: Neighbors sense irony in your word

Posted to the Philippine Star (Jul 1): US exec tells Beijing: Neighbors sense irony in your word 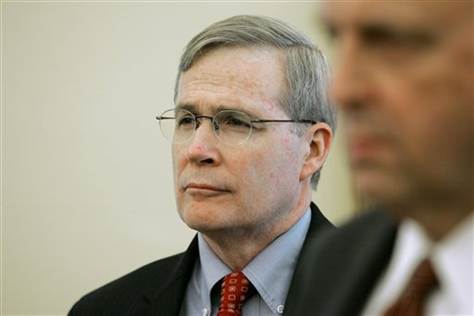 Filipinos, Vietnamese and other neighbors of China as well as Americans perceive an inconsistency between the regional power's statements and its actions in the disputed waters, a former ranking US security official said.

Stephen Hadley, who served as National Security Adviser under the Bush and Obama administrations, said in Beijing that while China's leadership declares equal security for all and peace in the South China and East China Seas, nearby states hear the words as doublespeak.

"Rather than acting on the basis of a 21st century 'new model' of relations and 'win-win' outcomes, your neigbors tend to see these actions as based more on the 19th century notions of stronger states enhancing their security at the expense of their neighbors, and seeking zero-sum' outcomes favoring the stronger state," Hadley said in a speech at the World Peace Forum last week.

Hadley was referring to Chinese President Xi Jinping's "new model" in foreign policy that preaches common security for both major countries and smaller ones.

"But particularly in the last six months, from an American perspective, China has taken actions that seem inconsistent with this approach," he said.

"Rather than 'common security, equality security and respecting the security of each and every country,' China has taken actions that its neighbors view as directly threatening their own security," Hadley added.

An example of the irony that Hadley cited was the recent incident involving Philippine vessels that were blocked by Chinese coast guard ships from resupplying to soldiers stationed in the disputed Second Thoma (Ayungin) Shoal for the first time in 15 years.

Hadley also said that the the international community frowned upon China's declaration of an Air Defense Identification Zone in the East China Sea late last year "without any prior consultation, with only 30 minutes advance notice, and accompanied by threats" against those refusing to comply.

The unilateral deployment of deep-sea oil drilling rig into waters near the disputed Paracel Islands irked Vietnam, while the Philippines also opposed China's reclamation work in maritime zones it claims part of its territory, the official said.

"The problem is that taken altogether, these steps raise questions in the minds of Americans and your neighbors: Is China sincere about wanting to achieve a 'new model' of relations between states?" Hadley asked.

The former presidential adviser, however, did not step beyond diplomacy and said he understands that China has its own reasons for its actions.

He admitted that the United States is also perceived in China as hypocritical in its complaints over cyberspying and as emboldening its allies in the Pacific such as the Manila to confront Beijing.

"So where do we go from here?" Hadley asked.

Related: US exec cites Philippine-Indonesia pact as guide for China

He urged high-level talks, which he called "strategic conversations," between China and the US to establish a common understanding on how they both "see the world and their respective roles in it."

"It should focus on how the two nations can best respond to those trends to enhance the prosperity and security of their respective peoples," Hadley said.