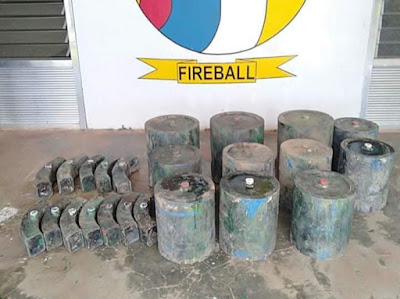 NSFA, Panacan, Davao City - "The use of landmines by the New People's Army (NPA) should be condemned. More than the reason that it violates basic human rights and the International Humanitarian Law (IHL), it is purely barbaric, as the damage of such explosives does not discriminate whether the target is a soldier or an innocent child. Clearly, this group, who disguises themselves as the ‘people’s army’, are nothing but a bunch of terrorists whose main goal is to hold all of us hostage through fear while advancing their self-serving political agenda.”

25IB Commander Lt. Col. Asnawi Muti said that the discovery came after a certain ‘alias Don’, a rebel returnee who used to be a courier for the NPA in Agusan del Sur and Davao De Oro, revealed the location of the said landmine depot at Sitio San Agustin. 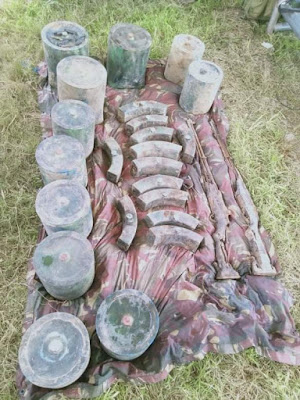 It can be recalled that for the last couple of weeks, several former NPA members who surrendered to the units under the Eastern Mindanao Command have also led the authorities to the discovery of other arms caches, further manifesting the weakening of the NPA not only in membership but also in their firepower. But the NPA use of landmines, which has been happening for decades, has largely been left unnoticed by the international community.

"This is the right time for all of us to make a stand against the use of these landmines by the NPA under Mr. Sison. We could no longer play deaf on this issue. We have to bring this problem internationally, particularly the UN, so the whole world would know the true nature of this terrorist group,” Lt. Gen. Faustino added. 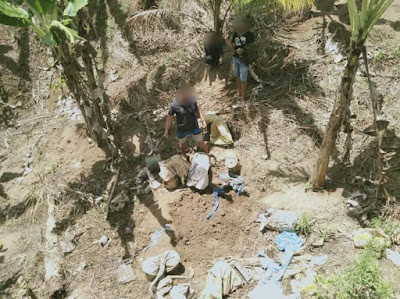 The seizure of large cache of explosives could have been more timely during this pandemic considering that the AFP was tasked to help the local government units and national agencies distribute the Social Amelioration Program (SAP) to the remotest Barangays.

Furthermore, according to sources, unnecessary loss of lives, destruction of property and socio-economic disruption were simply averted if not for this crucial revelation.