As the country battles a pandemic, 19 guerrillas surrender, and two are arrested in military and police operations against the New People’s Army from May 4 to 11 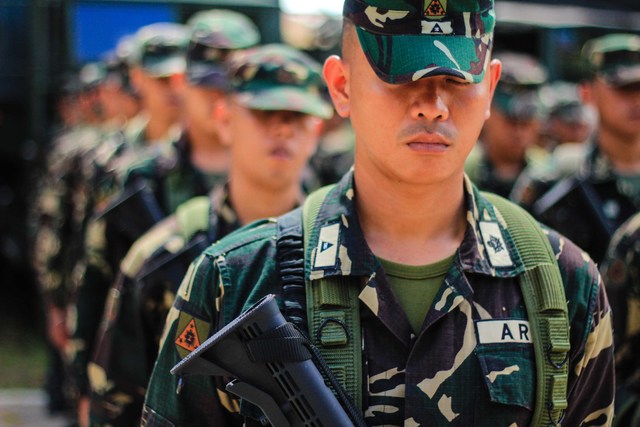 A full week of military and police offensives against the communist New People’s Army (NPA) left dozens of rebels killed, arrested, or surrendered to the government, the Armed Forces of the Philippines (AFP) announced on Wednesday, May 13.

A total of 17 guerrillas were killed in a series of focused military operations in different parts of the country from May 4 to 11. The offensives drove 19 rebels to surrender to the military or police, while another two were apprehended.

May 7: Three rebels surrendered and turned in their firearms to the Army and the local government in Kapatagan, Lanao del Norte.

May 8: Joint military and police operatives clashed with an undetermined number of rebels. Government troops recovered the bodies of 5 rebels from the clash site.

May 10: A female “mass organizer” surrendered to military and police troops in Pandi, Bulacan. In Gingoog City, Misamis Oriental, Army troops clashed with some 80 rebels and killed 10 of them.

May 11: Two rebels were killed in an encounter with Army troops in Midsalip, Zamboanga del Sur.

President Rodrigo Duterte has consistently kept the NPA in his rhetoric addressing the coronavirus pandemic. He blamed the rebels for alleged ambushes against military troops assisting in government social welfare operations, and threatened to impose martial law if the NPA’s “lawlessness” were to continue.

Recently, the NTF-ELCAC accused the NPA and its parent Communist Party of the Philippines of using the government’s shutdown of media network ABS-CBN and attacks on press freedom to advance their own agenda.