Recently, he was assigned in Datu Odin Sinsuat, Maguindanao. After staying there for seven (7) days, he was receiving death threats that forced him to escape. He immediately proceeded to a police station to seek for help and was assisted to take a van so he can go home to his hometown of Toril.

While on his way, Bio noticed that the van he was riding on was being followed by unidentified individuals. By then, he immediately alighted from the vehicle somewhere in Talayan, Maguindanao. He randomly proceeded by walking and hid in the Al-Sahar Agri Venture, Inc. banana plantation until unknowingly reached inside Camp Badr of BIAF-MILF.

When he was found by members of the BIAF, Bio was interviewed, and introduced himself as a CAFGU. This was validated through his COMELEC and Philippine Army identification cards. Upon knowing his real identity, Bio was held in good condition by the concerned BIAF members in accordance with the existing ceasefire protocols. 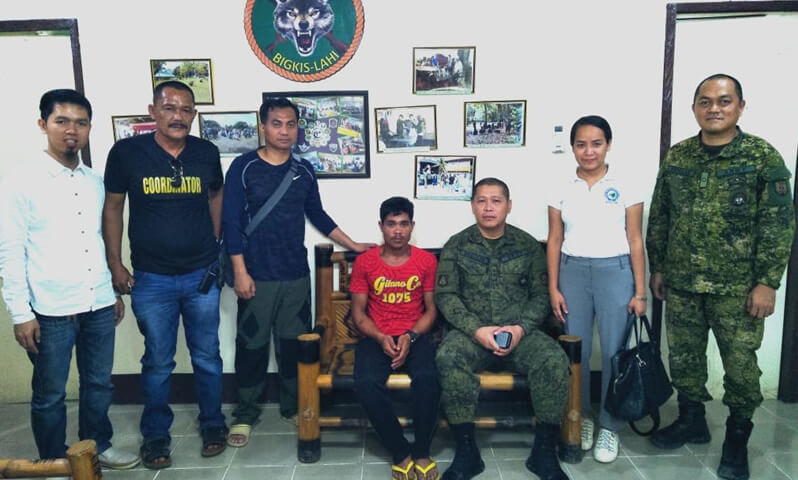