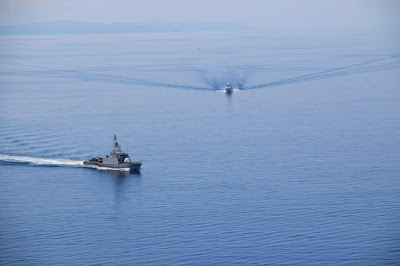 Both Naval ships of the Philippines and Indonesia are conducting a patrol and
sea maneuvers during the height of Coordinated Patrol XXXIII-2019.

NSFA, Panacan, Davao City - The Philippine Navy and Indonesian Navy patrol ships are currently conducting a bilateral Coordinated Patrol in the common border of the Republic of the Philippines and Republic of Indonesia along the Celebes Sea.

The Border Coordinated Patrol, which aimed at securing the common border between the two countries, curtail maritime crimes and stop sea crimes including smuggling and piracy, was formally opened on May 2 at the Pinnacle Hotel, Davao City. 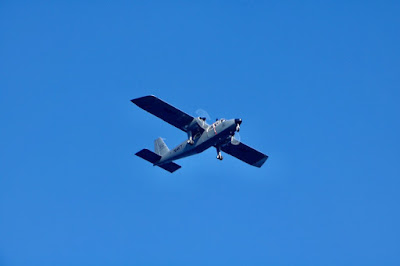 A Naval Air Plane of the Philippine Navy conducts a maritime air patrol during
the Philippines-Indonesia Coordinated Patrol XXXIII-2019, along the boundary
of both countries.

The Philippines and the Republic of Indonesia have increased this year’s coordinated border patrol activities to curb the smuggling and human trafficking at the high seas in both countries. The increase of patrols is also aimed at increasing the interoperability and capability of ensuring a safe and secure common maritime border of both countries. 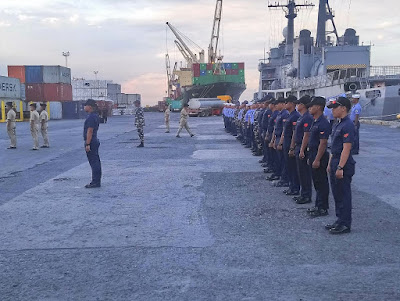 The send-off ceremony on May 4, 2019, signals the start of the first leg of the activities wherein the Philippine Coast Guard joined and sends its contingent during the initial phase of the first leg. The first leg is expected to conclude on May 10, 2019, after reaching their final point in Indonesian waters. 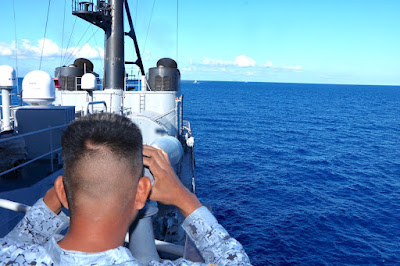 A Navy personnel from the Philippines looks at the ship of their Indonesian
counterpart, as part of the communications exercise during Coordinated Patrol
XXXIII-2019 of both countries.

The second and third leg of the activities which will be staged mid of this year will focus more on maritime and security patrol activities, while the fourth leg will be a combination of exercises and border patrol activities.

The coordinated patrol between the two countries started in 1975 when the Philippines and Indonesia signed the Border Patrol and Border Crossing Agreements, aimed at improving maritime security cooperation.