From International Edition of the South China Morning Post-Diplomacy and Defense (Feb 21): Rodrigo Duterte wants to create ‘balance’ by sending troops to China for training


Philippine President Rodrigo Duterte said he wants to send troops to China for training to combat terrorism, despite worries resurfacing over Beijing’s build-up in the contested South China Sea.

Duterte said there was a need to “balance” the training of Filipino soldiers, who have a strong bond with the US military, The Philippine Star reported.

“Most of the Filipino soldiers … would immediately choose America. They have forged such a bond,” Duterte was quoted as saying on Monday during an event marking the 20th anniversary of the Chinese-Filipino Business Club in Manila.

“My suggestion is the next batch should go directly to China ... so there would be a balance,” he said. “I’m sure there is an academy there to train good professional Chinese soldiers. Maybe China can accommodate them also and let them ... not really fight the Americans, but terrorism.” 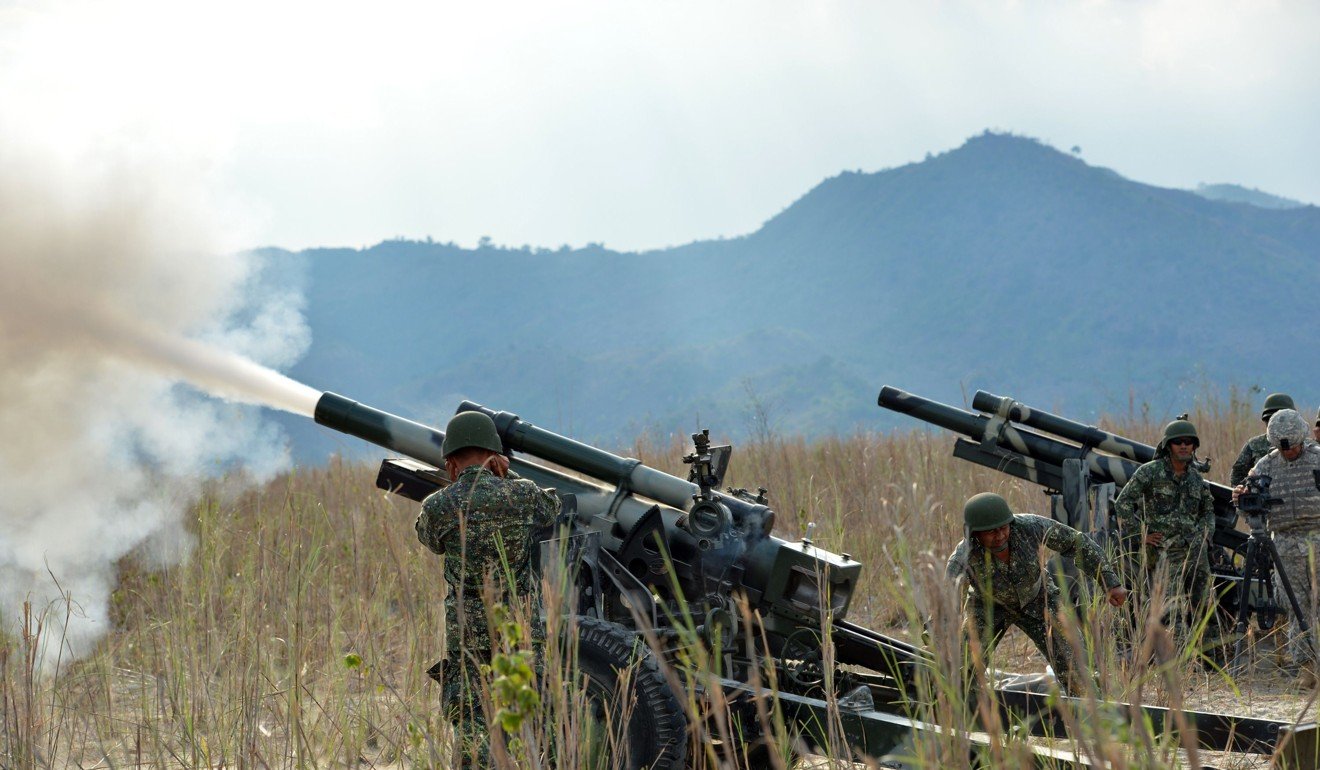 A former Philippine politician says the long-standing military bond with the US isn’t compatible with Chinese training. Photo: AFP

The proposal was met with optimism by Chinese military experts, who said it would help Duterte’s push to rebalance ties between the US and China, as well as consolidate his control over the military.

But in the Philippines, a former politician was sceptical, saying the long-standing military bond with the United States would not be compatible with Chinese training.

The development came as the Philippines’ envoy to China on Monday expressed concern over the rising risk of “miscalculation” and armed conflict in the South China Sea amid Beijing’s efforts to challenge US dominance in the disputed waters.

Several recent media and think tank reports have said Beijing appears to have expanded its communication links and other facilities on artificial islands in the area.

Rodrigo Duterte says Chinese military island bases are there to oppose US, not Philippines

“This is a show of trying to create a balance between these two powers that would serve the Philippines’ own interests,” said Xu Liping, a researcher at the Chinese Academy of Social Sciences.

Xu said the two countries could “start with cooperation on counterterrorism” before they expanded their military cooperation.

“Ever since Duterte started improving relations with China, the military has always expressed an opposing view,” Yue said. “It seems that Duterte does not have very firm control over the military … working with China can strengthen his influence over personnel choices in the future.”

But Roilo Golez, a former Philippine congressman and National Security Adviser who oversaw the country’s counterterrorism and national security programme, was sceptical.

“The AFP [Armed Forces of the Philippines] doctrines and equipment are generally compatible with those of the US military, the US being our treaty ally since 1951,” he said. “That cannot be altered to adjust to the PLA.”

Golez also said the language barrier and the Chinese military’s lack of recent experience in real combat may be obstacles. 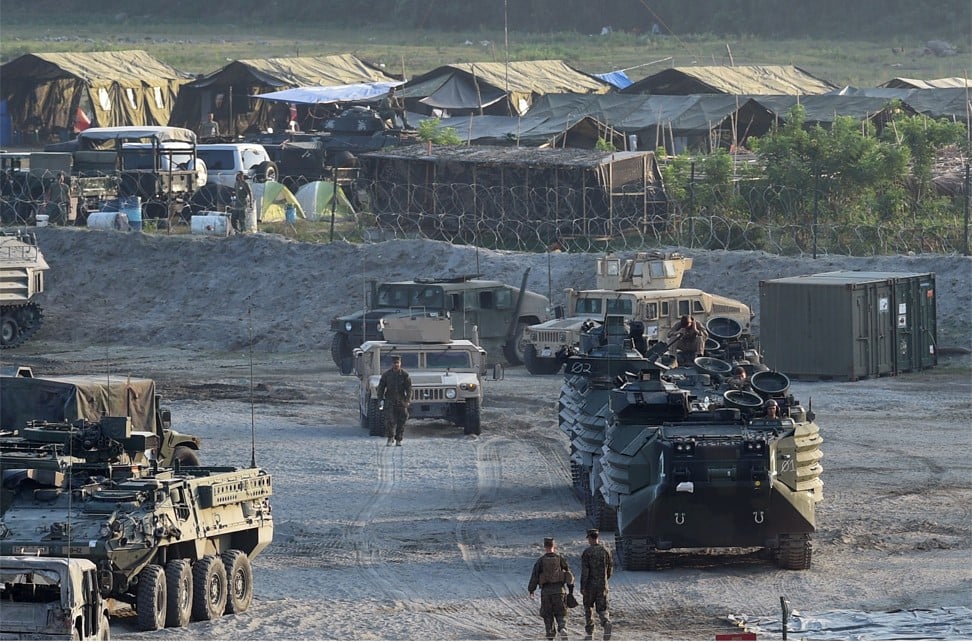 Under a 1951 treaty, the Philippines and the United States must protect each other if attacked. Photo: AFP

The Pentagon in June announced it was providing Philippine forces with security assistance and training in the areas of intelligence, surveillance and reconnaissance in the fight against terrorism in conflict-torn Marawi.

It said it had an additional 300 to 500 troops in the country to support regular training and activities, on top of the regular 50 to 100 special forces troops in the south of the country on rotational exercises.

Also in June, China donated thousands of guns worth some 50 million yuan (US$7.8 million) to help Manila in its battle against Islamist gunmen in the southern city.

Chinese ambassador to the Philippines Zhao Jianhua said at the time that “the Chinese side would like to explore the possibility of joint training, intelligence sharing and joint military exercises in the area of fighting terrorism”.

Speaking at Monday’s event, Duterte said the proposal did not mean Manila would cut ties with its traditional ally, the United States, which he has previously accused of interfering with the Philippines’ internal issues.

“Let us be very clear on this – we are on good terms with America. Special terms, military alliance – that’s why we cannot enter into another military alliance with any country because there’s only one,” Duterte said, referring to the Mutual Defence Treaty between Manila and Washington.

“The Philippines now is veering towards China. But we maintain good relations. We have this [Philippines-US] pact defence deal, we will honour it, I don’t know when. But if we go to war, everything wilts,” he said.