From the Voice of America (Feb 22): Philippine Rebels: We’re Not Terrorists, Remain Open to Talks 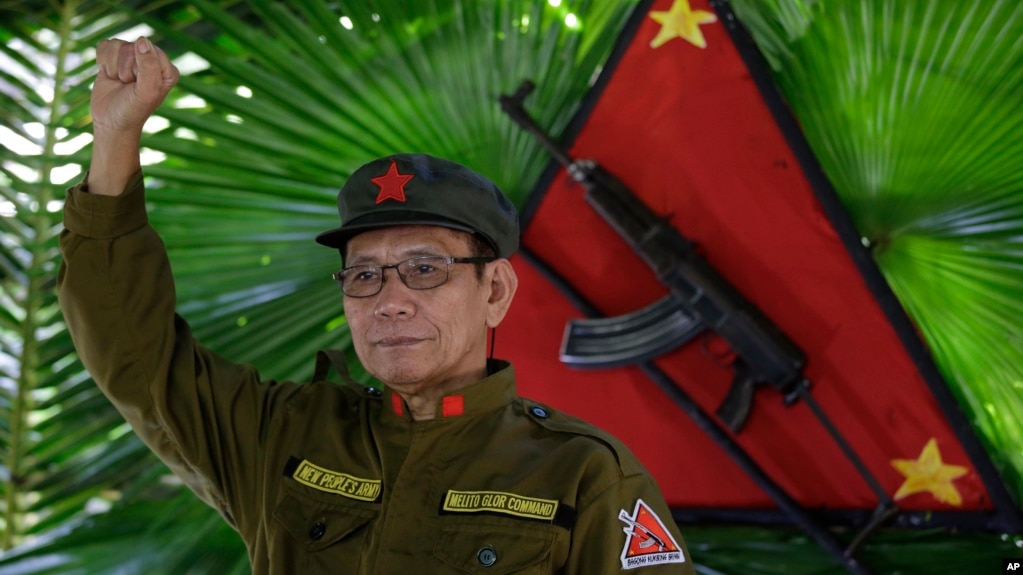 FILE - New People's Army new regional rebel commander and spokesman Jaime Padilla, who uses the nom de guerre Comrade Diego, raises his clenched fists after a clandestine news conference in a encampment in the harsh wilderness of the Sierra Madre mountains southeast of Manila, Philippines, Nov. 23, 2106.
Communist guerrillas say a Philippine government court petition to have them designated as terrorists is a desperate attempt to alienate them from the people and add they’re “heaven and earth” different from extremists notorious for beheadings and other atrocities.

Rebel commander Jaime Padilla said Thursday that President Rodrigo Duterte will fail like past leaders in defeating the New People’s Army so he’s resorting to “fake news” to undermine the guerrillas, who have managed to wage an insurgency for nearly 50 years with the people’s support.

Justice officials asked a court Wednesday to formally designate the Communist Party of the Philippines and its armed wing as terrorist groups.

Padilla says despite the move, the rebels remain open to a resumption of stalled talks to peacefully settle one of Asia’s longest-raging insurgencies.

https://www.voanews.com/a/philippines-rebels-say-theyre-not-terrorists/4265538.html
Posted by Retired Analyst at 9:10 AM