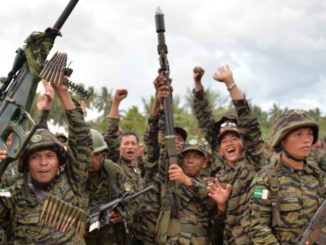 Encinas, spokesperson for the 6th Infantry Division, said the Army has been providing blocking positions around the so called “SPMS box” or the adjoining towns of Shariff Aguak, Pagatin (Datu Saudi town), Mamasapano and Datu Salibo.

More checkpoints have been set up to ensure public safety, he said.