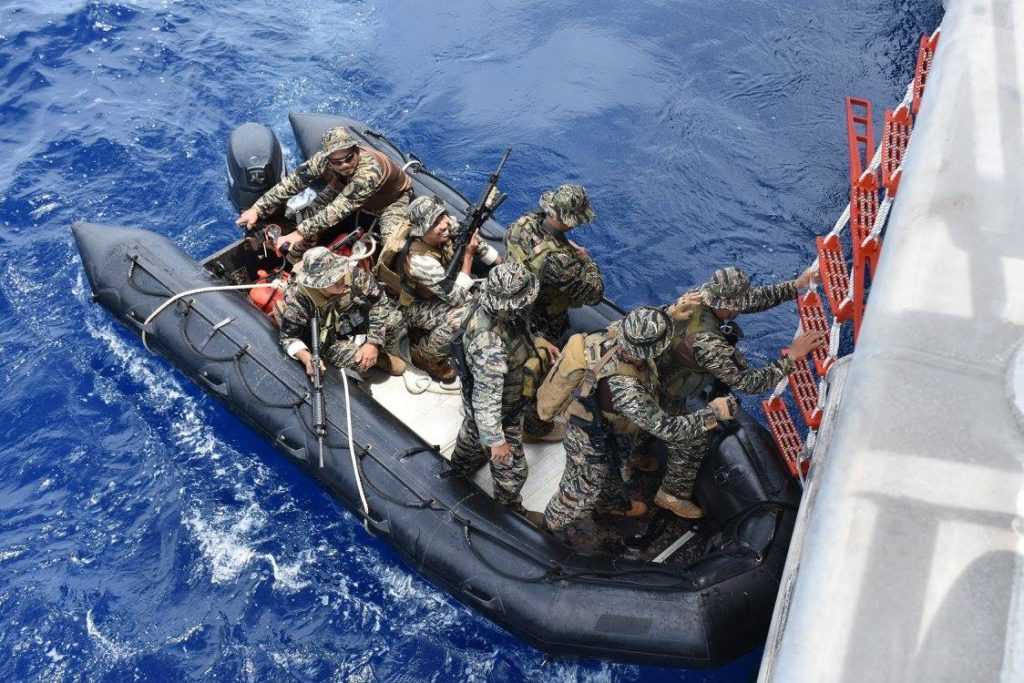 The participation of Philippine Navy aimed at enhancing its “capability in its fight against global terrorism, transnational crimes, and other maritime threats in the region,” Naval Forces West said.

A US Navy vessel played the role of Contact of Interest.

SEACAT is a multilateral exercise being participated by Unites States and ASEAN countries.

This year’s SEACAT was joined by Philippine Navy and Philippine Coast Guard, together with navies and coastguards of seven Southeast Asian countries from August 21 to September 1.

https://www.update.ph/2017/09/ph-navy-enhances-capability-against-terrorism-transnational-crimes-other-maritime-threats/20500
Posted by Retired Analyst at 12:21 AM