Brigadier General Rolando Bautista, the outgoing PSG chief, is deployed to Mindanao to help in the fight against terror groups 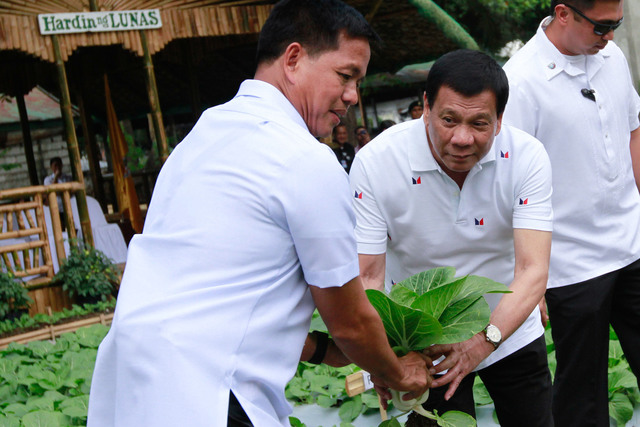 Army Colonel Lope Dagoy has been named as the new commander of the Presidential Security Group (PSG), Malacañang confirmed on Wednesday, March 22.

The Office of the Executive Secretary confirmed the appoinment of Dagoy on Wednesday.

Prior to his new appointment, Dagoy was President Rodrigo Duterte's senior military adviser. He also was also the chief of staff of Eastern Mindanao Command chief General Rey Leonardo Guerrero, and served in the army's 10th Infantry Division.

A graduate of Philippine Military Academy "Hinirang" Class 1987, Dagoy, who also goes by his nickname, Louie, will be the second PSG commander under the Duterte administration.

He will officially take the helm of the PSG during the change of command ceremony on Thursday, March 23, to be attended by the President.

Fight vs terror
Outgoing PSG chief Bautista was assigned as 1ID chief due to his knowledge of the Basilan area, stronghold of terror and bandit groups.

The 1ID based in Pagadian City, Zamboanga del Sur, is focused on fighting terrorists in Mindanao. Before he was PSG chief, Bautista was commander of the Joint Task Group in Basilan.

His new assignment comes as the President vows to crush the Abu Sayyaf Group, operating mostly in the Sulu and Basilan areas.

The Abu Sayyaf's kidnap-for-ransom activities worsened during the first months of the Duterte administration.

There were 18 hostages when Duterte assumed office on June 30. Now there are 31, mostly foreigners.

There are 25 foreigners among the 31 hostages including the 7 Vietnamese crewmen abducted in February. A German hostage was beheaded in February.

Defense Secretary Delfin Lorenzana has said there are plans to transfer an entire division to Sulu to address the problem.