From the Philippine Star (Mar 5): AFP readying purchase of missiles vs external threats 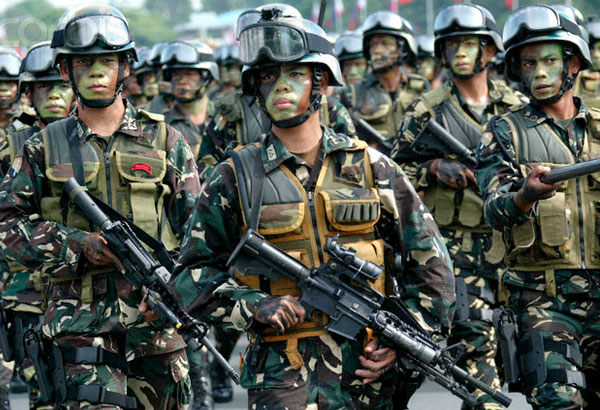 Army chief Lt. Gen. Glorioso Miranda bared the plan to reporters Wednesday when asked if the Army is upgrading its external defense capabilities despite its focus on dealing with local threats. File photo

While keeping its focus on internal security, the military is looking forward to better external fighting capabilities with its multibillion-peso Shore-Based Missile System (SBMS) acquisition project.

Army chief Lt. Gen. Glorioso Miranda bared the plan to reporters Wednesday when asked if the Army is upgrading its external defense capabilities despite its focus on dealing with local threats.

The P6.5 billion SBMS acquisition project was shelved during the previous administration and the budget for it realigned and used for the acquisition of force protection equipment to increase the survivability of soldiers deployed in conflict zones.

Miranda said that SBMS project is still being pursued but this can wait, he added, as the Army is still building up its internal fighting capabilities.

“There’s a plan (for SBMS) project but we have to address first the needs of our soldiers in the field for them to be highly effective in addressing internal security threats,” Miranda said.

Aside from the Abu Sayyaf, the Bangsamoro Islamic Freedom Fighters (BIFF) and the ISIS-inspired Maute terror group, the Army is also dealing with longest-running communist insurgency in the entire region.

Miranda said SBMS project would come under Phase 2 of the Modernization Program of the Armed Forces of the Philippines.

“Now we have brand new rifles, tanks and medical kits and equipment but we need to still beef up the soldiers’ survivability in combat,” Miranda said.

In line with this, the Army is also recruiting close to 14,000 soldiers this year to fill vacant positions in the service.

Col. Benjamin Hao, Army spokesman, said these new recruits would soon be assigned to the infantry, artillery and to the newly formed Army engineering brigade.

“We will be needing 349 officers and more than 13,000 soldiers this year for the special quota as approved by the President,” Hao said.