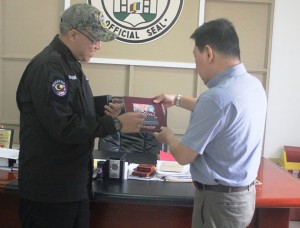 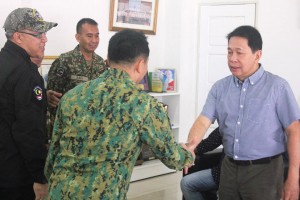 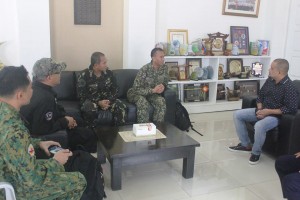 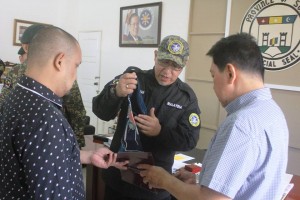 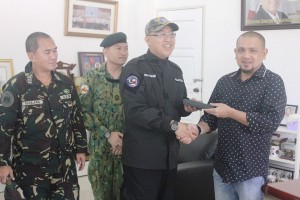 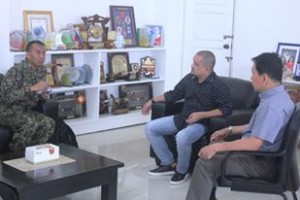 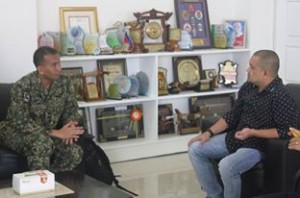 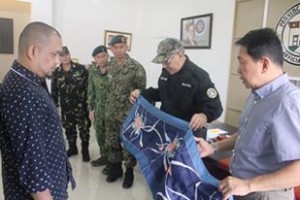 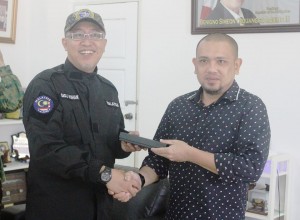 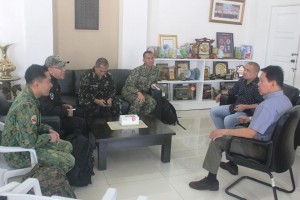 SULU – Malaysian peacekeepers deployed in southern Philippines have travelled to the southern province of Sulu on Thursday and met with local government leaders as part of a goodwill visit.

The group, led by Col. Mohammad Zaki bin Abu, of the International (Ceasefire) Monitoring Team (IMT) 3, spoke with Sulu Gov. Toto Tan and his father, Sakur, who is the vice governor, and thanked them for the warm hospitality and support to the peace process which Malaysia is brokering between the Philippines and the Moro Islamic Liberation Front.

Gov. Tan renewed his support to the peace process and praised Malaysia and other member countries in the IMT for their commitment to bring peace in southern Philippines.

The shrine was erected in memory of the Arab religious missionary from Sumatra who arrived in southern in 1390. Sulu celebrates Rajah Baguinda Festival every 2nd week of August and is often marked with three days of cultural shows to commemorate the contribution the missioner in the rich history of the province.

The visiting soldiers also toured the local museum and were impressed by the colorful and rich history between Sulu and Malaysia during the reign of the Sultanate of Sulu and North Borneo.

http://mindanaoexaminer.com/malaysian-peacekeepers-visit-sulu/
Posted by Retired Analyst at 9:10 AM