The doctor healing the wounds of war in Basilan

From Rappler (Jun 14, 2020): The doctor healing the wounds of war in Basilan (By Martin San Diego)

In her clinic in the province's capital, Arlyn Jawad Jumao-As heals children, rebels, soldiers. She's played a critical role in keeping the peace. 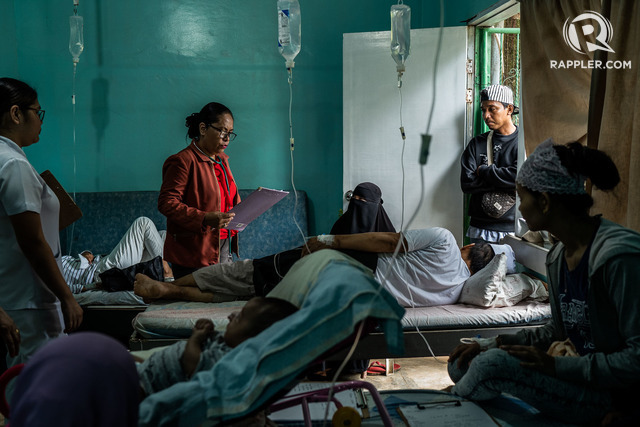 BASILAN, Philippines — Two Huey helicopters circled over the town of Mohammad Ajul for hours on October 4, 2019. It was where the first ISIS flags in the Philippines were recovered.

At 10:58 am, the Hueys, wielding two machine guns that could fire 500 rounds a minute, maneuvered lower. In the target school below, residents looked up, ran, and screamed with arms raised.

A doctor stood still, and watched it all. She is Arlyn Jawad Jumao-As. And this is Basilan.

Arlyn grew up watching these as a kid in the 1970s.

In 1977, war hit home. Arlyn’s father died in an explosion from a landmine planted by the MNLF. “We were fatherless, how do we move forward?” She was 11.

Conflicts dragged on. Civilians, soldiers, and rebels all lost comrades and family. More government forces were deployed, while many fatherless youth from the hinterlands fought for rebel groups.

The lack of jobs and basic services in the island made certain this cycle would go on. Peace deals were signed, but the violence remained. 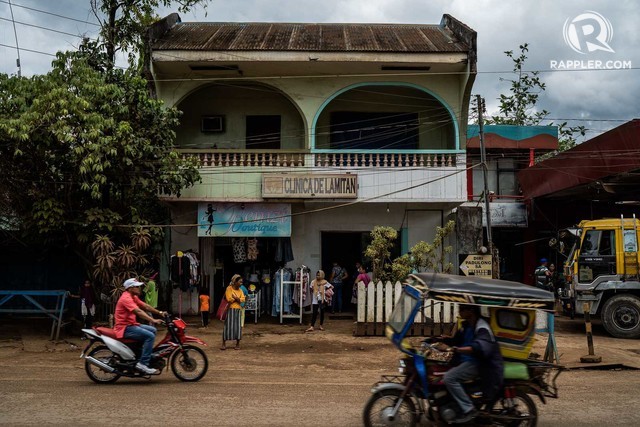 In one morning jog, a soldier casually told Arlyn, who was then a teenager, that she should be a doctor. The idea never left her.

It's this environment – of constant war, hatred, and fear – that pushed her towards a path for healing.

Arlyn now runs her own clinic in Basilan. Clinica de Lamitan has been a melting pot for stories of war since it opened in 1997. Here and in her outreach missions to the island’s fringes, Arlyn earned credibility and the nickname “Mamadoc,” a portmanteau of “Mama” and “Doctor.”

Among her regular patients are children, wives, and rebels themselves.

But it was 3 young patients that changed the way Arlyn saw her homeland.

The first is a traumatized boy who hid when bandits raided their village. The second is a girl who witnessed her father get beheaded; she spat on Arlyn’s face in the clinic. And the third is a girl who saw her dead father’s bloodied head; she threw away everything she could lay her hands on.

This led Arlyn to form “Save the Children of War in Basilan.” Its mission: “We will play with children. That should do!”

Everywhere they went the “stories of children are heartbreaking,” Arlyn said. Small boys swore to avenge their fathers. “I saw anger in them.”

An assessment found that 93% of the young in one community were under different degrees of post-traumatic stress disorder (PTSD) due to the war.

Conflicts around the world affect children gravely, and Basilan is no exception. A report by the International Conference on War-Affected Children said stress from exposure manifests in different ways, and may leave enduring effects if not addressed early.

Art therapies were held where children sketched their past and the future they wanted. Bombed out schools were rebuilt and repainted. A tree was planted where 3 children died from an explosion.

With her each time were government soldiers. Despite knowing that many held grudges against rebels for slain comrades, Arlyn insisted that everything will be for the children. 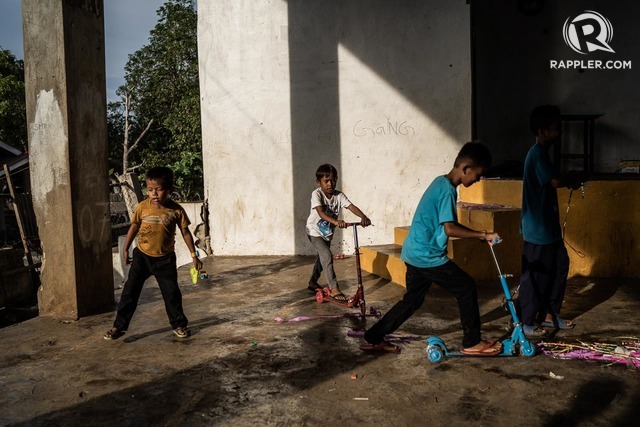 DEALING WITH TRAUMA. Children, some sons of rebel fighters, play with gifts in Basilan Island. Many of the ISIS fighters that came to Marawi in 2017, including its leader Isnilon Hapilon, were from this island. Photo by Martin San Diego

In one event, tanks were displayed for kids to play around with, paratroopers glided down from the sky, and several armed units danced for the sons of men they would be shooting at on a normal day.

She also asked rebel leaders, through her patients, to lay down their weapons just for a day.

Both sides eventually talked and listened.

Rebels and their home communities learned that the army is there to bring order, not to destroy their homes. Soldiers understood these communities are deprived of government services and economic means, and that taking up arms was their last resort.

Then in 2017, a sub-commander of the ASG phoned Arlyn to ask for the unthinkable.

It was Ibrahim*, father of 10, husband to two, and rebel fighter since 2000. Ibrahim decided to surrender after Arlyn came to his village in Al-Barka, a feared rebel stronghold.

Arlyn asked children to prepare 10 broomsticks each in exchange for school supplies. She did not know then that it was the fathers, mostly ASG fighters, that made them.

Ibrahim himself made 40 for his 3 sons and one daughter. The fighters were at one point even called in as reinforcements, but did not mind making broomsticks.

His children came home happy with new school supplies and toys. It made him think about his life, “How can Mamadoc make my children happy, while I bring them nothing but hardship?” 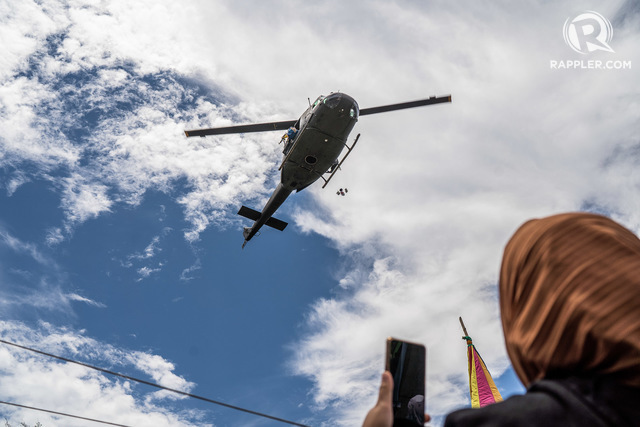 Arlyn relayed Ibrahim’s wish to the military, which then facilitated the rebel’s surrender along with at least 10 of his comrades.

This led to the creation of the Program Against Violent Extremism (PAVE), an initiative by the regional government to accommodate surrendering ASG fighters in Basilan. They were given a house, capital, and education to start a new life. Over 200 have benefited from it to date.

The island recorded zero kidnapping incidents since 2016, according to provincial Governor Jim Salliman in his address on March 6, 2020.

The peace now, Arlyn says, is from the realization of Basileños “because no one would ever not want peace for their homeland.”

Roads have been built, allowing commerce to thrive across municipalities. Locals confidently attest violence significantly went down. Tourists are now welcome to see their pristine beaches.

Basilan is well on its way towards healing, and so is Arlyn. “The more I see the former rebels and their children happy, the more my fears are taken away.”

“Now that I am friends with them, I know I have been healed.”

She added, “The real essence of being a doctor, I felt it here.”

Arlyn had plans for further studies and working elsewhere. She traded those for life on an island that has seen the ravages of war but is now crafting a new reality.

It's an island where children “surrender” toy guns in exchange for new bicycles. A place where former terrorists try to rebuild their lives, while government soldiers get the best view of the beach. This is where young soldiers come to play with sons of their former enemies.

This is Basilan today. 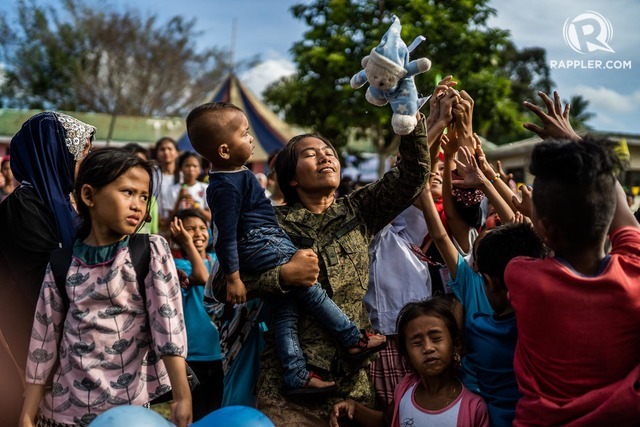 NEW REALITY. A soldier catches a stuffed toy for a child during the Festival of Love and Peace in Mohammad Ajul, Basilan, on October 4, 2019. Photo by Martin San Diego

[Martin San Diego is a documentary photographer based in Manila. His ongoing work ‘Youth of the Nation Within’ examines the role of identity amidst the lingering shadow of militancy among Filipino-Muslim youth in Mindanao.]

[*Subjects' last names have been omitted for their safety. All quotes have been changed to English.]