From the Sun Star-Zamboanga (Jun 14, 2020): BIFF member killed, another arrested 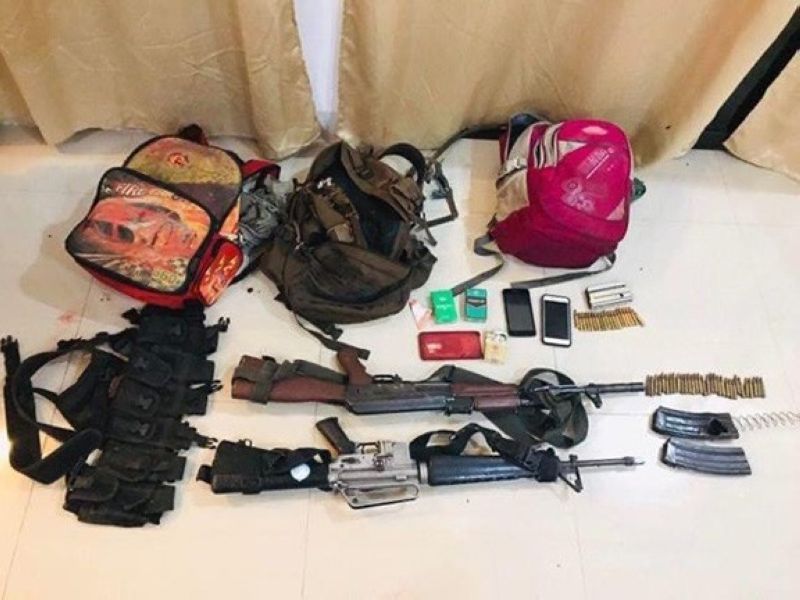 ZAMBOANGA. A member of the Bangsamoro Islamic Freedom Fighter (BIFF) was killed while another was arrested following a firefight over the weekend against government troops in Midsayap, North Cotabato. A photo handout shows the firearms and other personal belongs the troops recovered after the firefight. (Contributed Photo)

A MEMBER of the Bangsamoro Islamic Freedom Fighters (BIFF) was killed while another was arrested following a clash with government forces in North Cotabato over the weekend.

There were no casualties among the military, he said.

Meanwhile, combined troops of the 34th and 57th Infantry Battalions as well as members of the Midsayap Municipal Police Station apprehended a wounded individual on board an ambulance of the Municipality of Datu Piang in Olandang village, hours after the clash in Lumupong village.

The wounded individual was identified as Maguindale Nawal, 25, an alleged follower of the BIFF-Bungos faction and a resident of Dado village, Datu Piang, Maguindanao. He was wounded on his chest.