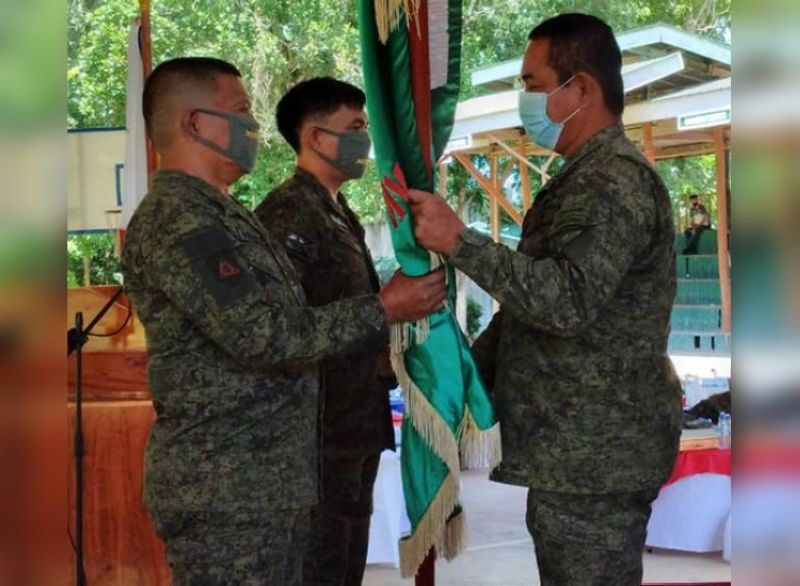 Major General Generoso Ponio, 1ID commander, who presided the turnover ceremony Tuesday, June 16, advised Payapaya to show the same passion and dedication in the performance of duty in implementing the government’s initiatives and advocacies.

Ponio thanked Obar for his professionalism and perseverance in leading the 51IB troops.

“I am confident that the new battalion commander, with his expertise and experience, can steer the unit to greater heights,” Ponio said.

“Always be guided by the AFP (Armed Forces of the Philippines) Core Values of Loyalty, Honor, Duty, Valor and Solidarity. With this as our guide, we will not be confused for this will lead us in the right direction in accomplishing our mission,” he added.

Payapaya is a former enlisted personnel, who rose from the ranks and topped his class in Officer Preparatory Course of 2001.

He is also a graduate of Masters in Public Management Major in Development Security in Development Academy of the Philippines and Command and General Staff Course in the AFP Education Training and Doctrine Command, a requirement to be assigned as battalion commanders.

Payapaya thanked the command for the bestowed trust and confidence and designating him as the next battalion commander of 51IB.

He vowed to sustain the gains of peace and progress of the battalion’s area of operation. (SunStar Zamboanga)

https://www.sunstar.com.ph/article/1860418/Zamboanga/Local-News/Tabak-names-new-51IB-commander
Posted by Retired Analyst at 8:23 AM