Unidentified attackers waylay military personnel on an SUV and run away with cash meant for CAFGUs' subsistence allowances, says the Armed Forces of the Philippines Southern Luzon Command 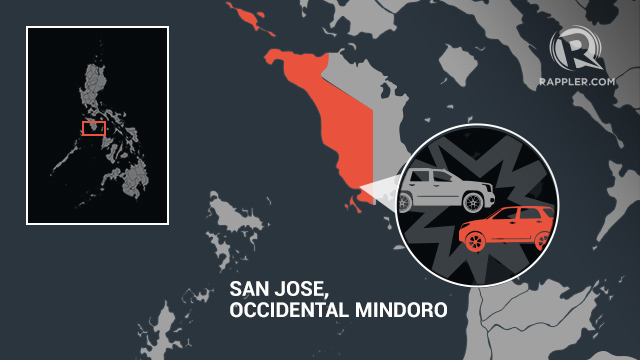 The soldiers led by Major Ephtaem Domingo were driving through Sitio Naitan, Barangay Batasan, on a black Ford Everest at around 4:30 pm when they were waylaid by the attackers on a white van, according to reports from AFP Solcom spokesperson Colonel Dennis Caña and Philippine Army 4th Infantry Battalion commanding officer Lieutenant Colonel Alexander Arbolado.

The two vehicles were driving in opposite directions, but the suspects' van turned around after it came across the military's SUV and tailed it, Arboleda said in a media interview. The soldiers were on their way to inspect patrol bases of Citizen Armed Force Geographical Unit (CAFGU) and to distribute subsistence allowances to CAFGU Active Auxiliary (CAA) personnel.

The attackers alighted from the van and opened fire at the soldiers and one CAA member onboard the SUV. The soldiers fired back, but the attackers were able to take the cash meant for CAA allowances, and then sped away.

Military reports did not mention the amount of cash stolen by the attackers.

An Army sergeant and an Army corporal were killed in the encounter. Domingo and CAA Willy Gregorio were wounded. They were brought to the San Jose District Hospital and are in stable condition, Arbolado said.

The police and military are investigating the incident. Witnesses said the suspects were 4 or 5 men whom investigators have yet to identify. Arbolado said their motive was "possibly robbery."

Intelligence operatives are on the hunt for the attackers, and all patrol bases in the area have been alerted, said Caña.