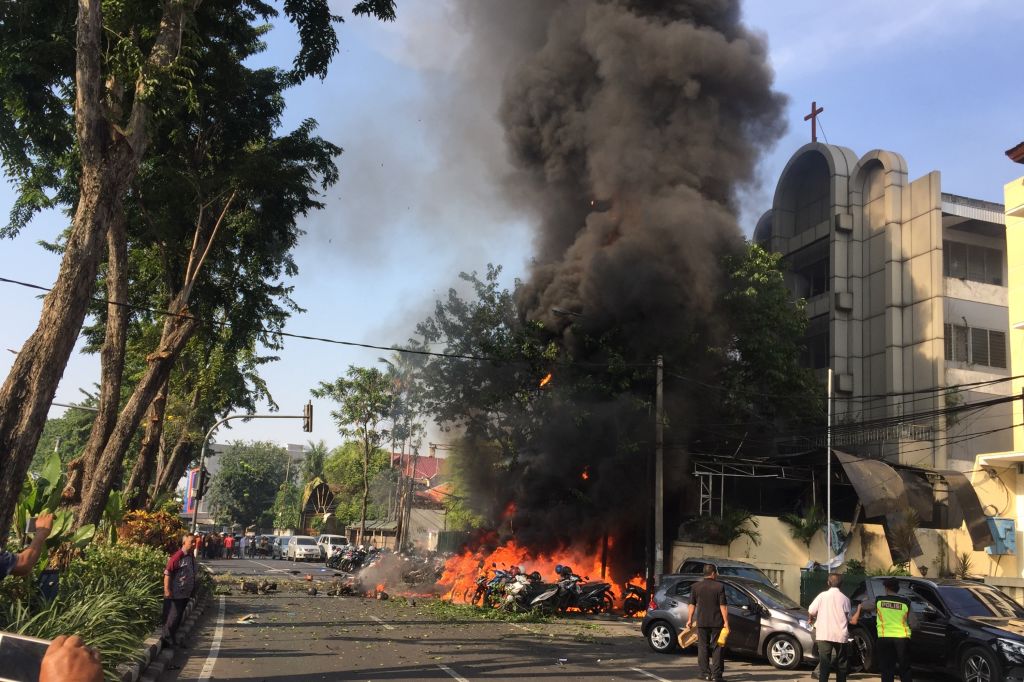 [This post was adapted by the author from his chapter in ASPI’s Counterterrorism yearbook 2020. The full text of the yearbook, which includes notes and sources for each chapter, is available on ASPI’s website.]

The threat of terrorism in Southeast Asia remains high, but, as in Australia, it’s neither an existential threat nor even one of the more significant dangers most people face.

It is, however, resilient.

While the long-running, largely low-level, insurgencies of the southern Philippines and the deep south of Thailand fuel a steady stream of violence, jihadi networks and small groups inspired, directly or indirectly, by Islamic State (IS) and al-Qaeda are the greatest immediate threat, particularly in Malaysia, the Philippines and Indonesia.

The drivers remain local grievances, but individuals and groups tend to become more brazen and less inhibited in using extreme violence when they see themselves as part of a cosmic struggle and their actions are praised by a global insurgent movement.

Many attacks have been inspired by the rise of IS in Syria and Iraq. Some have involved returnees from the fighting in the Middle East, but most have involved people who were inspired to act at home. This IS-inspired terrorism is built on a foundation of earlier extremist networks, the most important of which is the Jemaah Islamiyah (JI) network. Militant splinter elements of this network were responsible for the bomb attacks in Bali on 12 October 2002, and the series of terrorist attacks that followed over the course of the decade.

The JI network as a whole became involved in outbreaks of communal violence in eastern Indonesian in Ambon, Maluku, and in Poso, Central Sulawesi. Since the defeat of its insurgency in Poso in 2007, JI has been quietly and carefully rebuilding while largely avoiding provocative violence. This network was the product of Indonesian, Malaysian and Filipino fighters travelling to join the conflict in Afghanistan in the 1980s. Those ‘Afghani alumni’ formed the leadership and core of JI.

The territorial defeat of IS and the interrupted flow of foreign fighters and supporters have brought some respite but by no means a cessation of the threat. The lessons from Afghanistan and the rise of al-Qaeda in the 1980s are that a relatively small number of foreign fighters travelling to a conflict zone can have a disproportionate influence and that the impact at home might be felt only many years later.

The experience of Indonesia, and to some extent the Philippines and Malaysia, is that violent extremism is highly social and prone to being intergenerational. JI has its origins in Indonesia’s Darul Islam movement that began in the 1950s and was injected with fresh life in the 1970s and 1980s, partly because of political oppression and a crackdown on militants. The leaders of JI were inspired by the experience of fighting in Afghanistan in association with al-Qaeda and, while they formally broke with Darul Islam in 1993, the family and social connections woven through the fabric of the JI network draw upon decades of conflict, local grievance, increasing radicalisation and the rise of transnational terrorist networks.

Neither the end of the IS caliphate nor the arrest and sentencing of thousands of militants and supporters will end the threat or dissipate the social movements involved.

Without relentless intelligence work and regular arrests, the threat of terrorism would quickly worsen. But policing, prosecution and detention by themselves won’t eliminate or even greatly diminish the resilient threat posed by violent extremist networks. Real advances will begin only when the cycle of recruitment and radicalisation is interrupted by disengagement from malign networks, followed by individual and collective rehabilitation and re-engagement of former militants with mainstream society.

The specialist counterterrorism unit of the Indonesian National Police, Detachment 88, has become enormously effective at detecting and disrupting terrorist plots. Its work has led to the arrest of more than 1,400 suspected terrorists since its formation 15 years ago. Around 808 were arrested between 2015 and 2018, and 376 arrests were made in 2018 alone. Most of those arrested were prosecuted and sentenced.

This success has generated its own problems. Indonesia has more than 250,000 detainees in almost 500 jails, housing more than twice the number of inmates they were designed for. It has resulted in a prisoner-to-guard ratio of around 55 to 1.

Indonesian counterterrorism is better resourced and led than ever, and the important work of rehabilitation has finally commenced in earnest, but the threat remains resilient and shows no signs of abating.

Malaysia, one-tenth the size of Indonesia, has so far suffered no significant international terrorist attacks but nevertheless faces a terrorist threat that’s proportionally every bit as great as that facing Indonesia. Since 2013, Malaysian authorities, led by the very experienced Special Branch intelligence agency/counterterrorism division of the Royal Malaysian Police, have foiled at least 26 attacks and arrested more than 520 suspects. A surprisingly large number, more than 130, were foreigners from 21 countries, mostly Indonesia and the Philippines. Arrests continue.

Authorities worry about not just those who have returned from Syria, but also those who aspired to join the caliphate and are frustrated that they were left behind. Malaysia, even more than Indonesia, struggles with a febrile environment of sectarian sentiment, much of it openly propagated through religious lectures and training activities. In this context, the IS takfiri judgemental narrative of anti-Shia, anti-Christian and anti-mainstream-Muslim sentiment remains an ever-present facilitator of radicalisation, even though, so far, Special Branch has prevented successful attacks.

Of major concern in Malaysia are militants travelling between its eastern state of Sabah, on the island of Borneo, and the adjacent Sulu archipelago in the Philippines, home territory of the IS-aligned Abu Sayyaf Group (ASG).

The activities of foreign fighters in the Philippines remain an ongoing concern amid fears that the collapse of the IS caliphate could put even more focus on less well-governed parts of western Mindanao as safe havens for IS supporters. Terrorism in the Philippines is largely homegrown, with long-running violence in western Mindanao and the Sulu archipelago. The presence of a relatively small number of foreign fighters, however, has been an important element in helping connect local grievances with global struggles, first with al-Qaeda and now with IS. Groups such as the ASG were formed by Filipinos returning from fighting with al-Qaeda in Afghanistan in the 1980s and early 1990s.

When four major jihadi groups, including the notoriously ill-disciplined piracy–cum–kidnapping-for-ransom gang, ASG, declared their allegiance to IS in mid-2014, it was seen to be more a branding exercise than a significant strategic realignment. The five-month siege of Marawi that erupted in May 2017 and resulted in the deaths of at least 980 militants (including at least 44 foreigners), 165 security personnel and 87 civilians, made it clear that the IS connection had, in fact, substantially changed the nature of the insurgent conflict.

When the siege began, the Armed Forces of the Philippines confidently declared that the conflict would be over within days. But it was concluded only after the nearly total destruction of the Philippines’ largest Muslim-majority city. Months of artillery barrages and aerial bombardment left the city centre looking like post-IS Mosul. More than 350,000 inhabitants were forced out and most still live in squalid camps. The army declared IS comprehensively beaten, but the structural damage, physical and social, inflicted on Marawi seems certain to sow a bitter harvest of intergenerational radicalisation.

The threat of terrorism in Southeast Asia lies in resilient social networks that have adapted to survive and regenerate in the face of counterterrorism efforts that focus on the tactical and neglect the strategic.