Irrigation project seen to benefit thousands of farmers in Sumisip 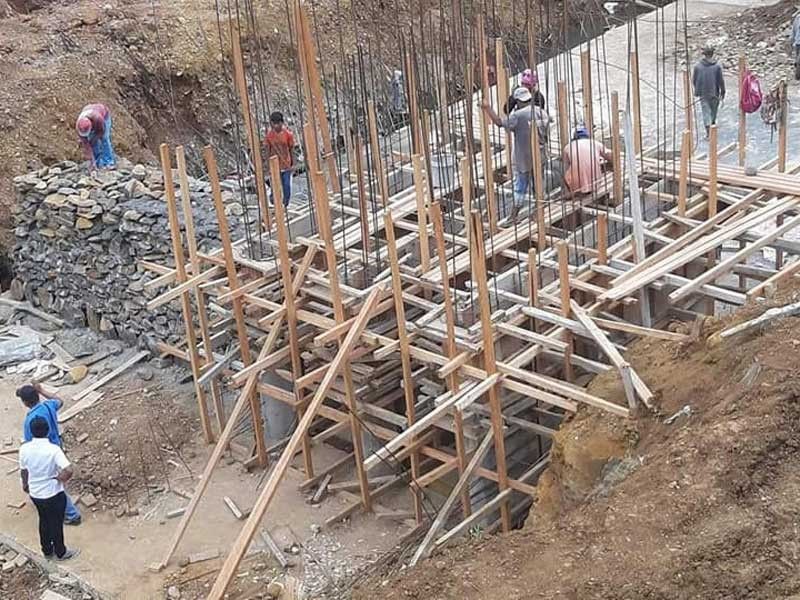 This April 15,2020 photo shows construction on an irrigation project in Sumisip, Basilan.
via The STAR/John Unson

COTABATO CITY, Philippines — Thousands in Basilan stand to benefit from a P35-million irrigation project that will connect farmlands to a river in Sumisip town.


The ongoing construction of the irrigation project that will tap water from a river near the Mahatallang area in Barangay Tumahubong in Sumisip town, is a joint project of the National Irrigation Administration and the office of Basilan Gov. Jim Salliman.

In a statement Wednesday, the Basilan provincial government said the project shall supply water to farmlands around Barangay Tumahubong in Sumisip, the largest town in the island province.

Many of the more than 200 Abu Sayyaf bandits in Basilan who surrendered in batches in the past three years and availed of rehabilitation support and subsequent reintegration into mainstream communities via a provincial security initiative dubbed Program Against Violent Extremism are from hinterlands at the borders of Sumisip and nearby towns.

The NIA and the provincial government had earlier partnered in constructing multimillion-peso irrigation facilities in Basilan’s adjoining cities of Lamitan and Isabela.

Salliman said the irrigation projects are meant to boost diversification by farmers who lost thousands of hectares of coconut farms to a pest infestation.

The provincial government had earlier constructed a greenhouse with a drip system in Isabela City as a showcase of organic farming that can be duplicated in former conflict areas.

The construction of the Tumahubong irrigation facility is being assisted by the office of Sumisip Mayor Julz Adnan Hataman and the Army’s 64th Infantry Battalion, Salliman was quoted in the provincial government’s April 15 press statement as saying.