From Rappler (Apr 16, 2020): Clashes reported as ceasefire with NPA ends (By JC Gotinga) 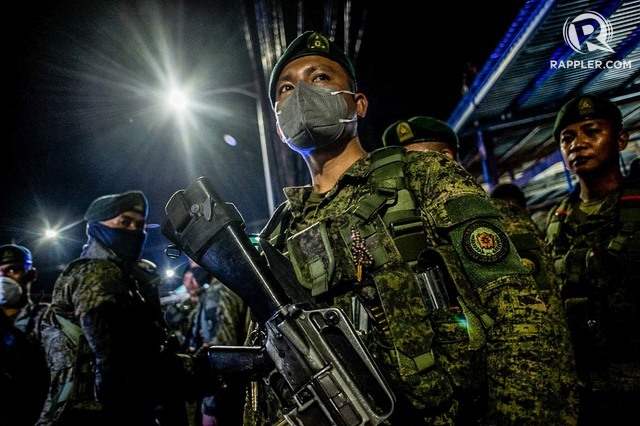 A communist guerrilla was killed in an armed clash with government forces in Sorsogon province on Thursday, April 16, a day after the lapse of a shaky ceasefire, which both sides accused the other of violating.

Troops from the 31st Infantry Battalion under the Philippine Army’s 9th Infantry Division (9th ID) were responding to a report of a gathering of the communist-led New People’s Army (NPA) guerrillas in Sitio Tongdol, Barangay Gabao, Irosin municiality, when a firefight broke out at around 7:40 am.

The encounter lasted about 10 minutes, after which the rebels “scampered towards different directions and left their dead comrade behind,” said 9th ID spokesperson Captain John Paul Belleza in a statement.

The incident follows a string of other reported clashes between government forces and rebel fighters even during the ceasefire.

NDF letter to the United Nations

The Armed Forces of the Philippines (AFP) reported several attacks and attempted attacks by the communist-led New People’s Army (NPA) in different parts of the country throughout the duration of the supposed truce.

On Monday, April 13, NDF leader Luis Jalandoni wrote a letter to the United Nations accusing the AFP of mounting more than a dozen attacks on the NPA since March 16.

The government’s unilateral ceasefire officially began on March 19, after President Rodrigo Duterte on March 16 asked the NPA for a reprieve in fighting to allow the police and military to focus on addressing the coronavirus pandemic.

The CPP-NPA-NDF only reciprocated the truce a week later, on March 26, when the United Nations (UN) called for a global cessation of hostilities amid the pandemic.

The end of the ceasefire was supposed to coincide with the end of the “enhanced community quarantine” or lockdown enforced by the government over Luzon island.

The lockdown has been extended to April 30, but there is no word yet from Duterte whether the ceasefire is extended, too, as of this posting.

"The ceasefire declaration emanated from Malacañang. Let us await any guidance or announcement about it,” said AFP spokesperson Brigadier General Edgard Arevalo when asked whether the truce will continue throughout the lockdown.