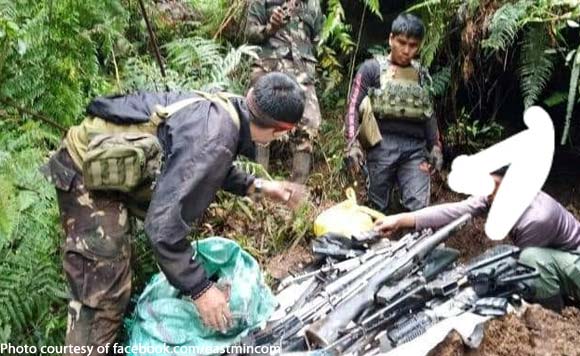 Two alleged members of the communist New People’s Army (NPA) have surrendered to the authorities in Malaybalay City, Bukidnon.

During the interview by the military, the two former rebels disclosed the existence of an armed cache in a forested area in Sitio Kubayan, Barangay Kibenton, Impasug-ong, Bukidnon.

https://mindanao.politics.com.ph/2-reds-surrender-9-high-powered-firearms-recovered-in-malaybalay/
Posted by Retired Analyst at 11:57 AM