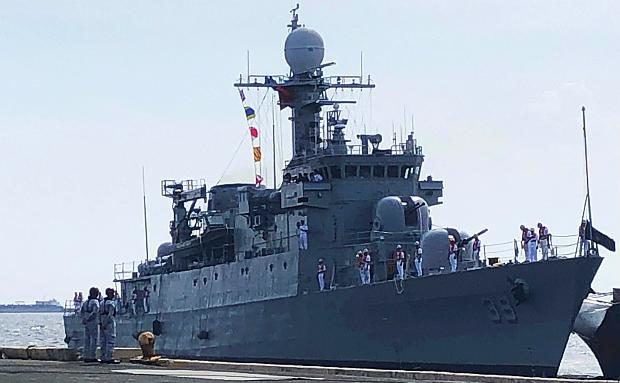 Defense Secretary Delfin Lorenzana wants to deploy the Philippine Navy’s newly-acquired vessel BRP Conrado Yap (PS-39) to Palawan or Sulu if he could have his way.

“Kung ako, baka siguro baka Palawan and the Sulu Seas,” he told reporters Tuesday on the sidelines of the arrival ceremony for BRP Conrado Yap.

“It depends on the Navy how soon they can bring that to the south,” he said.

The Philippine Navy held a welcome ceremony for its newest asset, BRP Conrado Yap, a warship donated by the South Korean government, and the BRP Davao del Sur (LD-602), which is returning home after participating in the Russian Navy celebration in Vladivostok.

The new acquisition came as Lorenzana and the military in recent weeks questioned the unauthorized and multiple transits of Chinese warships within Philippine territorial waters, including Palawan and Sibutu Strait near the Sulu Sea.

The Philippine government has filed diplomatic protests on the intrusions of the Chinese warships.

Earlier in the day, President Rodrigo Duterte issued an order requiring foreign warships to get clearance when passing through the country’s territorial waters.

“Either we get a compliance in a friendly manner or we enforce it in an unfriendly manner,” said presidential spokesperson Salvador Panelo, who relayed the President’s new directive.

“This warship will greatly contribute to the current capability of our armed forces to defend our sovereignty and keep our potential enemies away from our seas and shorelines,” he said in his speech.

The new warship is equipped with anti-submarine warfare, anti-surface warfare and anti-air warfare capabilities. It is seen to serve as a transition platform to the future and more modern assets of the Philippine Navy.

“The main capability of this main warship is to conduct anti-submarine warfare, which I can say is very timely for us to cope with the present situation our different areas of interest demand,” Buena said.

https://globalnation.inquirer.net/179177/lorenzana-wants-to-send-new-navy-warship-to-palawan-sulu-sea
Posted by Retired Analyst at 11:17 AM