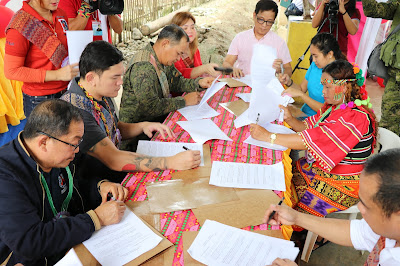 NSFA, Panacan, Davao City - The Eastern Mindanao Command (EMC) through the 10th Infantry Division and 52nd Engineer Brigade will be a major partner in the construction of an expanded mesh metal bridge project of Davao City Peace 911 and the GMA Kapuso Foundation at Brgy. Mapula, Paquibato District, Davao City.

In a Memorandum of Understanding and Cooperation (MOUC) signed by Vice Mayor Sebastian "Baste" Duterte representing Davao City Government, Lt. Gen. Felimon T. Santos Jr., Commander, Eastern Mindanao Command, GMA Kapuso Foundation, and other major partners on July 31, 2019, in Mapula, Paquibato, EMC through the 52nd Engineer Brigade will carry out the construction while 10th Infantry Division through the 1003rd Infantry Brigade will be tasked to secure the project. 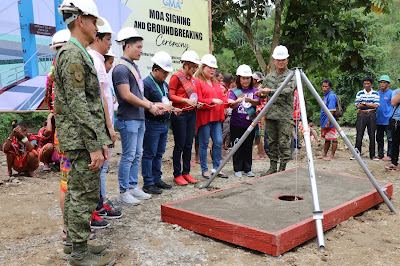 The project is expected to go on full blast this August after a Ground Breaking Ceremony was held the same day, proceeding the MOUC signing.

The said bridge will cater hundreds of mostly Indigenous Peoples (IP) from far-flung Sitios, especially the students going to their schools. 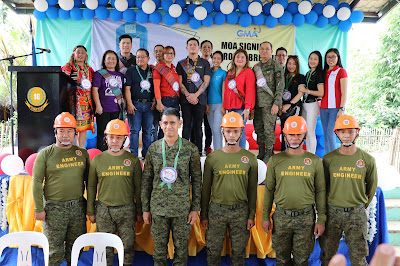 Paquibato District is an IP area of Davao City which is now a focus of the City Government of Davao to be transformed into a conflict-resilient area through their program "Terrorism to Tourism."

"We appreciate the initiatives as it contributes to the whole process of consolidating and developing the area towards a sustainable peaceful community," Lt. Gen. Felimon Santos Jr. said.

https://www.eastmincomafp.com.ph/2019/08/eastmincom-partners-in-bridge-building.html
Posted by Retired Analyst at 4:53 AM