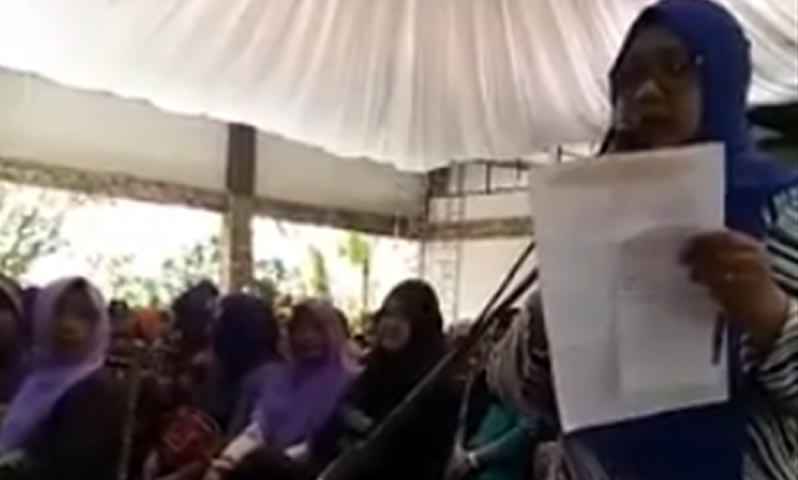 The Muslim Women Organization of General Santos City (Muwogen) urged the members of Senate and the House of Representatives to pass the Bangsamoro Basic Law drafted by the Bangsamoro Transition Commission (BTC) in their conviction that the measure will provide self-governance and will also address the historical injustice committed against the Bangsamoro people.
During the plenary in the public hearing last Friday (March 9) hosted by the House of Representatives held in Koronadal City, the Muslim women organization conveyed their official position to the proposed Bangsamoro law.


They also cited that the BTC version crafted with the participation of the representatives of the Moro National Liberation Front, Christian Settlers and Indigenous Peoples and it also provides expansion of the coverage of the Shari’ah Law which is highly important for the Bangsamoro people.

“It shall address the historical injustice committed against the Bangsamoro People and will usher healing and reconciliation between Muslims and non-Muslims,” the Muslim women group underscored.

“We should realize and accept the fact that the Bangsamoro People have been fighting since the 15th century, sacrificing their lives and properties, in order to protect their homeland against foreign aggression and to preserve its liberty, without the wish to be under the rule of the Filipino majority thereafter,” the Muslim women group underscored.

They further said that if the Bangsamoro government will be established, it will spur development of the conflict affected areas of Mindanao and the island provinces.

In conclusion of their position, the women group said, “We appeal to our Congressmen and Senators to pass the BBL, in letter and spirit with the Comprehensive Agreement on the Bangsamoro. By doing so, you are instrumental in putting an end to Mindanao conflict and you will be remembered heroes by the current and future generations of the Bangsamoro and Filipino peoples.”

Muwogen is an active organization that stands as the voice of Muslim women in the city. For almost two decades, it has been engaging in peace advocacy, socio-cultural, economic and religious activities that benefits the Muslim communities in general.