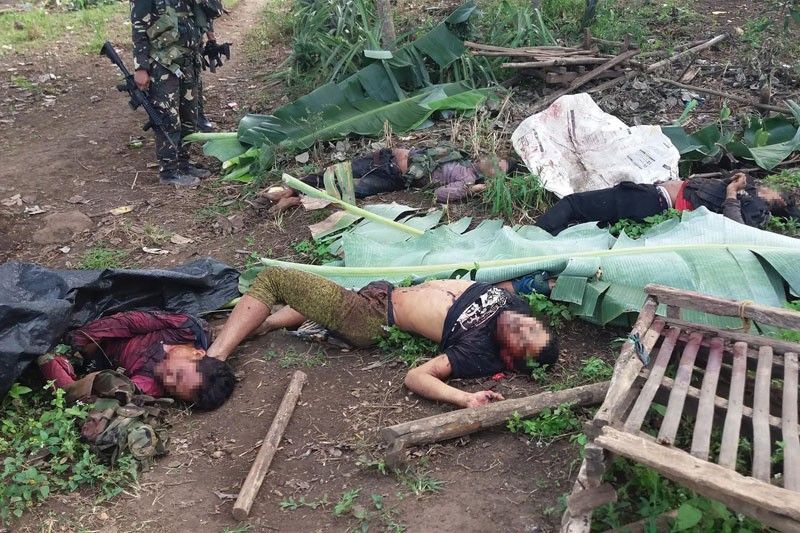 Around 30 members of a BIFF faction led by Abu Toraife were believed holed up in the area.
MAGUINDANAO, Philippines — Five members of the Bangsamoro Islamic Freedom Fighters (BIFF) were reportedly killed as the military launched air strikes targeting the bandits’ lair in S.K. Pendatun town on Tuesday.

Around 30 members of a BIFF faction led by Abu Toraife were believed holed up in the area.

However, sources from the municipal government said three of those killed could be civilians.

Capt. Arvin Encinas, public affairs chief of the 6th Infantry Division, said they would check such reports, noting that villagers corroborated the statement of military officials that the fatalities are all BIFF bandits.

Text messages saying six other BIFF gunmen were wounded in the attack have been circulating since Tuesday night.

Three of the wounded BIFF men were identified as Mantato, Tahir and Sumablao.

The military said 44 BIFF bandits were slain in gunfights with soldiers in Datu Saudi last week.

The BIFF said the military is exaggerating its report, claiming only five of their men were killed in the clashes.
https://www.philstar.com/nation/2018/03/15/1796801/5-biff-men-killed-6-hurt-air-strikes
Posted by Retired Analyst at 7:04 AM