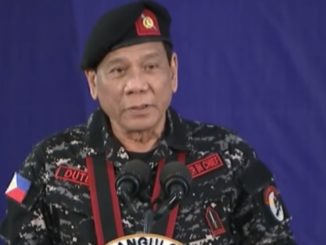 FSRR commander Brigadier General Rene Glen Paje presented the Scout Ranger badge to President Duterte who is also the Commander-in-Chief of the Armed Forces of the Philippines.

“For invaluable support extended to the First Scout Ranger Regiment, President Duterte on many occasions manifested great concern for the welfare of Scout Rangers and inspired its officers and men to their mission,” said in the citation.

“As such, he is worthy of the respect and honor to be a member of the Scout Ranger family,” it added.