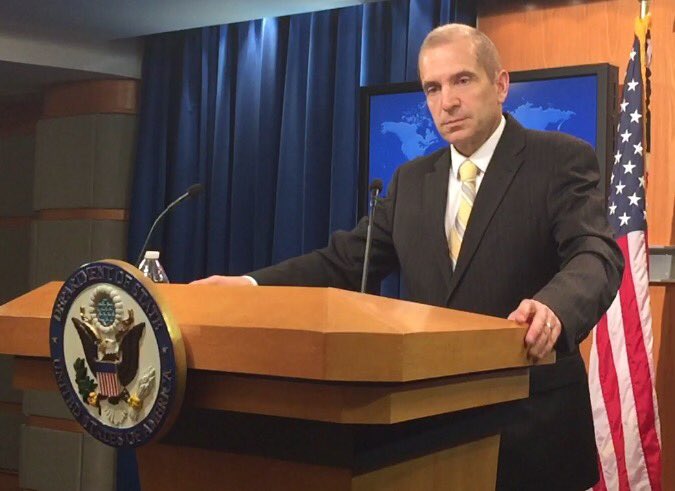 The declaration placed uncertainties on the reported plans of the Philippine government to push for the delisting of the group's founding chairman, Jose Maria Sison, from the list of international terrorists to pave the way for his intent to come back to the Philippines to meet with President Rodrigo Duterte without being arrested.

The delisting was one of the recommendations agreed upon by the government and the National Democratic Front of the Philippines (NDFP) during the peace negotiations in January.
The Duterte administration believes there is reason to delist Sison, since he is party to the ongoing peace negotiations.

Toner offered no explanation on why the CPP-NPA continues to be designated as an FTO.

U.S. State Department sources said delisting a person or group designated as an FTO entails a "very deliberate process" that will take time for Washington to approve.

The CPP-NPA was first designated as a terrorist organization in August 9, 2002. According to the U.S. State Department, the NPA is a Maoist group formed in 1969 with the aim of overthrowing the government through protracted guerrilla warfare.

Sison, the NPA's founder, allegedly directs CPP and NPA activity from the Netherlands, where he lives in self-imposed exile.

Although primarily a rural-based guerrilla group, "the NPA had an active urban infrastructure to support its terrorist activities and, at times, used city-based assassination squads" the U.S. State Department said.
It added that the CPP-NPA has a history of attacking U.S. interests in the Philippines.

It said that in 1987, the CPP-NPA killed three American soldiers in four separate attacks in Angeles City. In 1989, the CPP-NPA issued a press statement taking credit for the ambush and murder of Col. James Nicholas Rowe, chief of the Ground Forces Division of the Joint U.S.-Military Advisory Group.

FTOs are designated by the U.S. Secretary of State in accordance with Section 219 of the Immigration and Nationality Act (INA). FTO designations play a critical role in the fight against terrorism and are an effective means of curtailing support for terrorist activities, the U.S. government said.