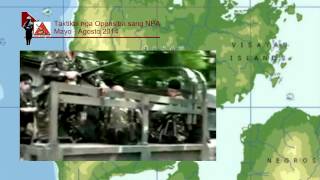 The New People’s Army in Panay under the Coronacion “Waling-waling” Chiva Regional Operational Command seized 16 firearms of various caliber in military actions launched from May to August to resist intensified attacks by the 3rd ID and PNP-Region 6. Seven soldiers were likewise killed and seven others wounded in these firefights.

http://www.philippinerevolution.net/
Posted by Retired Analyst at 4:54 AM