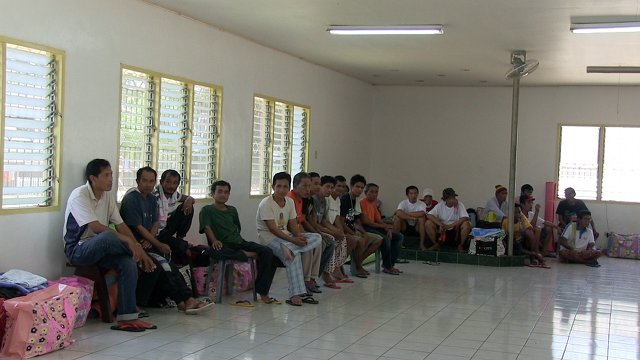 ROYAL ARMY. Suspected members of the Royal Security Force are detained at a naval facility in Tawi-Tawi. File photo by Rappler/Carmela Fonbuena

The 38 suspected members of the Royal Security Force (RSF) of Sultan Jamalul Kiram III will stay in detention at the naval facility in Tawi-Tawi.

Tawi-Tawi acting Judge Peter Eisma on Monday morning, April 8, issued a ruling that cuts their bail by 50% from P164,000 to P82,000 each, according to Tawi-Tawi Clerk of Court Rino Sajili.

It's an amount they still cannot afford, according to Public Attorney's Office (PAO) chief Persida Acosta, who is representing the suspected RSF members.

"They have to pay a total of P3.1 million. It's down from P6.2 million. Pero hindi pa rin kaya (But they still cannot afford it)," Acosta told Rappler in a phone interview.

PAO earlier asked for P9,000 bail to cover all 3 charges filed against them -- violation of election gun ban, illegal possession of firearms, and inciting to war. PAO's motion asked for P3,000 per charge.
The Department of Justice opposed the P3,000 bail on the ground that it is "too low."

Acosta said they immediately filed a motion on Monday to ask the court to reconsider its ruling and grant their original request.

In an earlier ruling, the court granted PAO's motion to reinvestigate the case. But the suspected RSF members will stay in detention unless they are able to post bail. 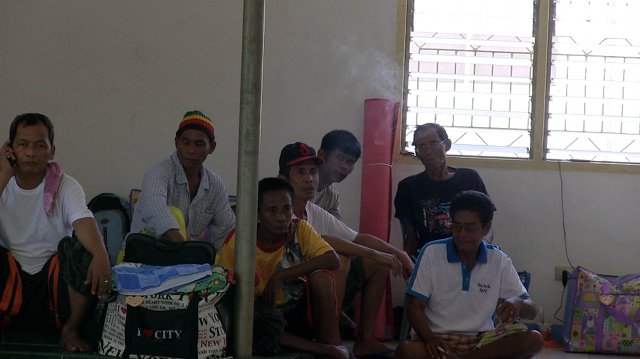 File photo. Rappler/Carmela Fonbuena
Acosta is in Tawi-Tawi capital Bongao to receive the court order. She said she will travel to Panglima Sugala - where the 38 are detained - on Tuesday, April 9, to discuss their next moves.
Sulu Sultanate spokesman Abraham Idjirani earlier confirmed that 22 of the 38 arrested in Tawi-Tawi belong to their Royal Security Force.

They sailed to Lahad Datu in February to stake the claim of the Sultanate of Sulu on Sabah. Malaysia claims about 70 RSF members have been killed since the standoff between the RSF and Malaysian security forces.

The Department of Social Welfare and Development (DSWD) has recorded as of April 7 a total of 6,609 evacuees from Sabah since the standoff.

http://www.rappler.com/nation/25758-detained-royal-army-reduced-bail-sabah
Posted by Retired Analyst at 9:52 AM