ZAMBOANGA CITY – Security forces here captured an Abu Sayyaf bomber tagged as among those behind the 2007 attack on Philippine Congress that killed a lawmaker and a civilian, and injured 7 others, officials said Friday. 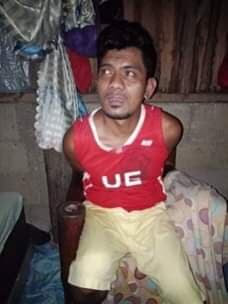 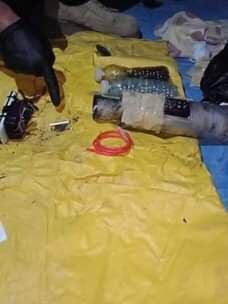 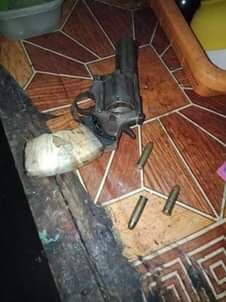 Officials said Kahar Indama, a native of Basilan, was also involved in deadly attacks on government troops in the province. He was captured late Thursday in the coastal village of Sangali after policemen, backed by soldiers, tracked him down in his hideout and served him a warrant.

Brigadier General Jesus Cambay Jr, the regional police chief, said several police units and members of the Marine Battalion Landing Team 11 were involved in the successful operation and commended them.

Cambay said security forces also recovered components for an improvised explosive, a blasting cap, a roll of detonating cord and bottles filled with nails and blass marbles, including a firing device and a revolver with three ammunition.

“Kahar Indama is an ASG member and cousin of Basilan-based ASG leader Furuji Indama. He was an IED expert and was involved in a bombing incident that killed late Basilan Congressman Wahab Akbar and the wounding of 7 others wherein two of whom are legislators at Batasan Complex, Quezon City last November 13, 2007.”

“He is also involved in the ambush of 4th Special Forces of the Philippine Army sometime in 2007 that resulted to the killing of seven CAFGUs ( Citizen Armed Force Geographical Unit), one BPAT (Barangay Peacekeeping Action Team) and the wounding of three army officers, four enlisted personnel and one CAA (Civilian Active Auxiliary),” said Cambay.

Akbar and Marcial Taldo, a staff member of Congresswoman Luzviminda Ilagan, were killed when a parked motorcycle rigged with explosives went off while the two men were coming out from the building. Akbar, a former governor of Basilan, was the target of the attack.

Cambay said the militant is now in the custody of the Zamboanga City Mobile Force Company and is being interrogated. It was not immediately known whether Indama or his group was planning a terror attack amid the coronavirus pandemic. (Mindanao Examiner, Zamboanga Post)