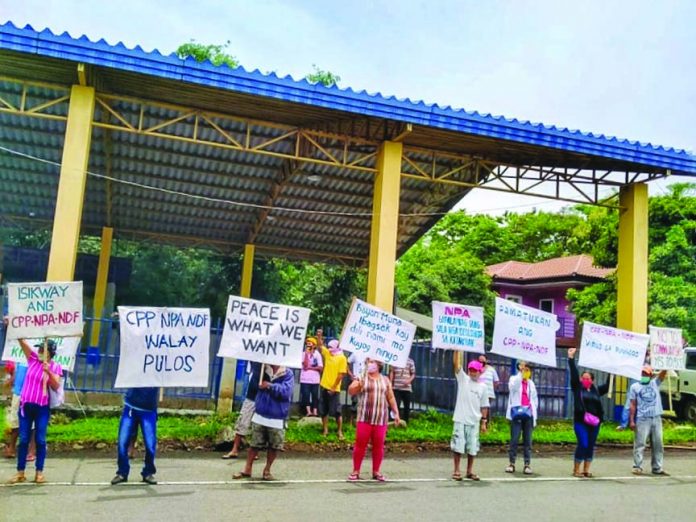 On June 25, residents of barangays Sta. Rosa, Amayco and Pandanon Silos in Murcia town conducted a rally calling for peace in their communities due to reported activities of the communist-terrorist group.

He said: “This clearly shows that the peace-loving residents of Murcia can no longer endure the suffering they’ve been experiencing because of the atrocities committed by the CPP-NPA. They want to enjoy living in a peaceful community.”


According to Alvaran, he will continue collaborating with the local government units and other stakeholders to help the communities become resilient versus the communist-terrorist group which he tagged as “peace spoilers.”

After the Murcia residents’ peace rally, they attended a general meeting with village heads Larry Alvarez of Sta. Rosa, Glenda Carba of Amayco and Edna Saldo of Pandanon Silos; Councilor Hernan Alintanan, president of Association of Barangay Captains; troops of 79IB; and personnel of the municipal police station headed by Major Robert Dejucos.

“With the continued support and participation of the people of Murcia in our campaign against terrorism, we can achieve an insurgency-free and peaceful society,” Alvaran said.

Meanwhile, residents of Barangay General Luna in Toboso town declared the CPP-NPA-NDF as persona non-grata through a barangay resolution.

On June 16, the barangay officials led by village chief Efren Madajoyan and troops of 79IB mounted a tarpaulin at the covered court expressing the sentiment of the residents against the communist-terrorist group.

Alvaran lauded the determination of the General Luna officials and residents in standing up against the CPP-NPA-NDF.

“This is a bold step towards ending insurgency and secure lasting peace and unhampered development in their area,” he said.