The F-35B Lightning II Joint Strike Force appears for the first time in the Philippines, onboard the US Navy's USS Wasp during the Balikatan 2019 amphibious exercises in Zambales 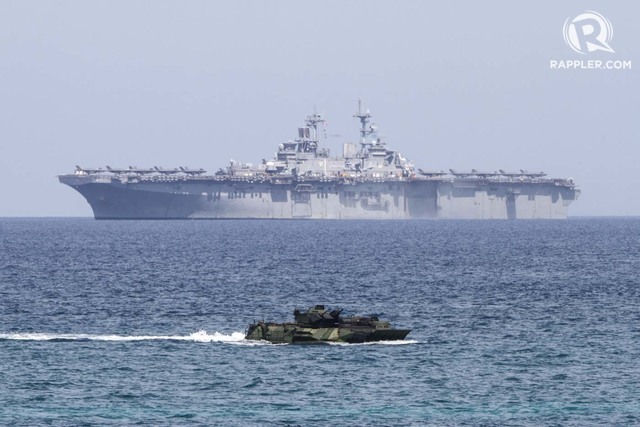 ADVANCED AIRCRAFT. F-35B Lightining II jets make their debut in the Balikatan exercises during the amphibious exercise at Naval Education Training Command in Zambales on 11 April 2019. Photo by Lito Boras/Rappler

ZAMBALES, Philippines – The world’s most advanced multi-role stealth aircraft, the F-35B Lightning II Joint Strike Force (JSF) featured in the 2019 Balikatan exercises for the first time in its history as the jets sat aboard the US Navy’s USS Wasp warship during an amphibious exercise on Thursday, April 11.

Though the aircraft were not deployed, their presence remained heavy as marine corps from the United States and Philippines conducted amphibious exercises in the Naval Education Training Center in San Antonio, Zambales.

Asked what they were here for, US Balikatan Exercise Media Officer 2nd Lieutenant Tori Sharpe said the F-35s took part in the exercise to understand how to “best employ” their capabilities in the region.

“The purpose of the F-35s being part of exercise Balikatan for the first time is to promote interoperability and understand the capabilities in how they can be applied in the Indo-Pacific region,” she said.

Beyond the yearly joint exercises between the US and the Philippines, presence of the F-35s made headlines in several news outlets across the region.

The USS Wasp, on which they were onboard, supposedly sailed near Scarborough Shoal – an area claimed by both the Philippines and China. 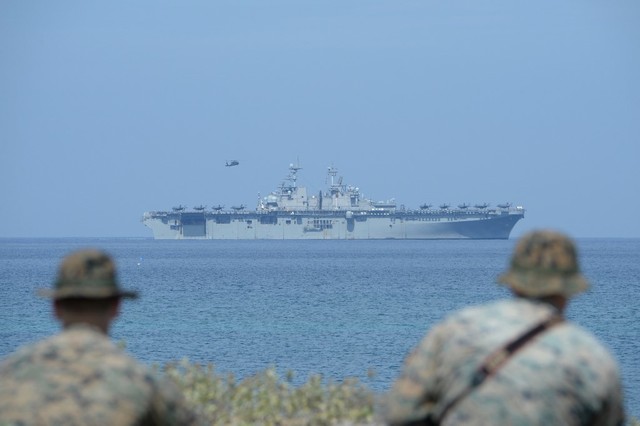 [ANALYSIS] Balikatan: U.S. shifts gears from counterterrorism to great power competition//
Balikatan may yet emerge as the template for multilateral exercises among US and its close allies in the entire Indo-Pacific region

PH, U.S. troops claim victory in Tarlac 'assault mission'//The Philippine and US armed forces bring out their equipment for an explosion-filled exercise in Crow Valley, Tarlac

The amphibious exercises took place on a naval base in San Antonio, Zambales, facing the West Philippine Sea. It is also over 200 kilometers from Scarborough Shoal.

(READ: Balikatan vs China? Drills not aimed at any country, says U.S.)

Asked whether the ship did sail near the area, Sharpe said the exact location of the USS Wasp could not be disclosed due to “security reasons.”

“For security reasons we can't disclose the exact movement of the Wasp. However, the USS Wasp is participating in this region as part of exercise Balikatan…annual training conducting regular training to improve their capabilities, their readiness and their ability to promote stability in the region,” she said. 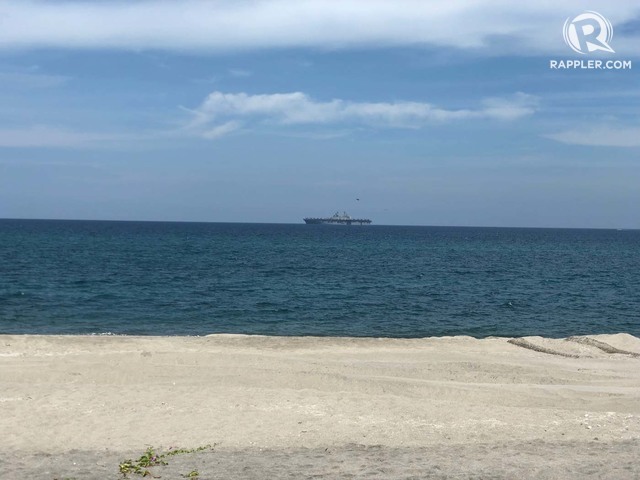 A show of force

For veteran defense reporter Manny Mogato, the presence of the F-35s in this year’s Balikatan exercised marked a shift in the US’ counterterrorism strategy to a “great power competition.”

“The appearance of the United States Marines Corps’ F-35B marks Washington’s departure from its counter-terrorism engagement with Manila…. The United States is confident it can now shift its gears to face rivals Russia and China after the last stronghold of Islamic State militant forces…fell to allied forces-backed Arab and Kurdish forces,” Mogato said in an articleposted on Rappler.

The quiet show of force brought by the presence of the F-35s during the exercise comes amid rising rising tensions brought about by China’s incursion in the West Philippines Sea.

Addressing this, United States Balikatan Exercise Director Brigadier General Chris McPhillips earlier said the drills were not aimed at any country. Both US and Philippines maintained the main purpose of the drills were to strengthen cooperation between the two forces.