(UPDATED) Troops engage in an 'intense firefight' with Abu Sayyaf members under Hatib Hajan Sawadjaan, believed to be involved in the Jolo cathedral bombing 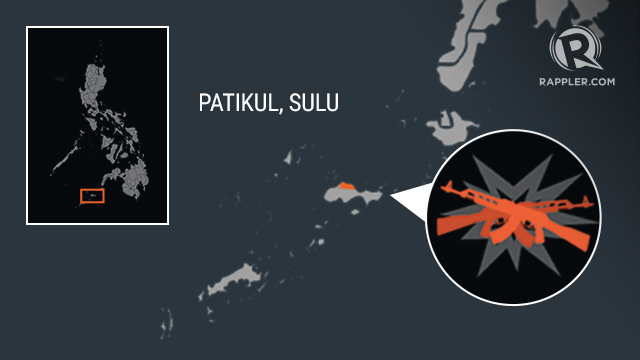 (UPDATED) – Five soldiers were killed and 5 others wounded in a clash Saturday, February 2, between government troops and over a hundred Abu Sayyaf members under sub leader Hatib Hajan Sawadjaan, who is believed to be behind the deadly twin blasts in the Jolo Cathedral.

Besana said 3 members of the bandit group were killed in the "heavy firefight" which lasted nearly two hours.

Reports from the area also said 15 were wounded from the Abu Sayyaf group, including Idang Susukan, sub leader of Sawadjaan.

Besana earlier tagged Sawadjaan's group as behind the recent Jolo bombings, based on CCTV footage around the site.

Sawadjaan was among the Abu Sayyaf leaders reportedly wounded during an encounter with government troops in Sulu in September 2018.