Australia, which has an extensive defense cooperation program with Manila, has already deployed two high-tech AP-3C Orion aircraft for surveillance, and is keen to provide further help 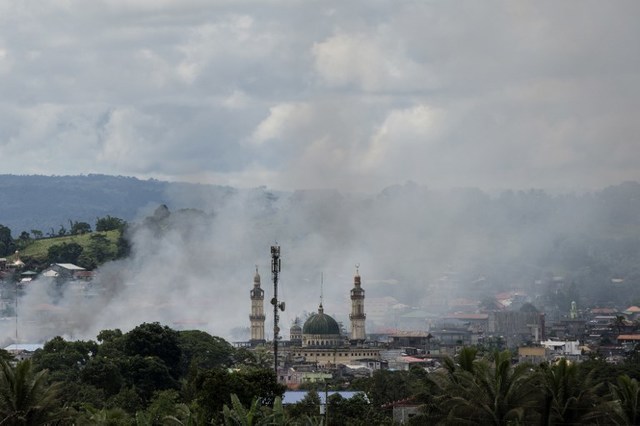 Philippine forces have been besieging militants in the southern city of Marawi for almost 100 days. But the gunmen, flying the ISIS black flag, have defied military assaults including airstrikes and artillery barrages.

Australia, which has an extensive defense cooperation program with Manila, has already deployed two high-tech AP-3C Orion aircraft for surveillance, and is keen to provide further help.

"We would be ready to support the Philippines in the same way we are supporting Iraq in advising, assisting and training," she said.

"We indicated what we have been doing in Iraq. I went through with the president in some detail the support we have given in Iraq, that does not include troops on the ground. That is advising and assisting."

Australia is part of the coalition fighting ISIS in Iraq and Syria, with 780 defense personnel based in the Middle East.

Bishop said it was "deeply concerning" for the entire Asian region that Islamic State had a presence in the southern Philippines, with the United States, Malaysia and Indonesia also offering support.

Duterte declared martial law across Mindanao island, home to 20 million people, on May 23 immediately after fighters flying the ISIS flag rampaged through Marawi.

Their assault on the city ignited an unprecedented urban war, which Duterte has warned is part of an ISIS campaign to establish a base in Mindanao.