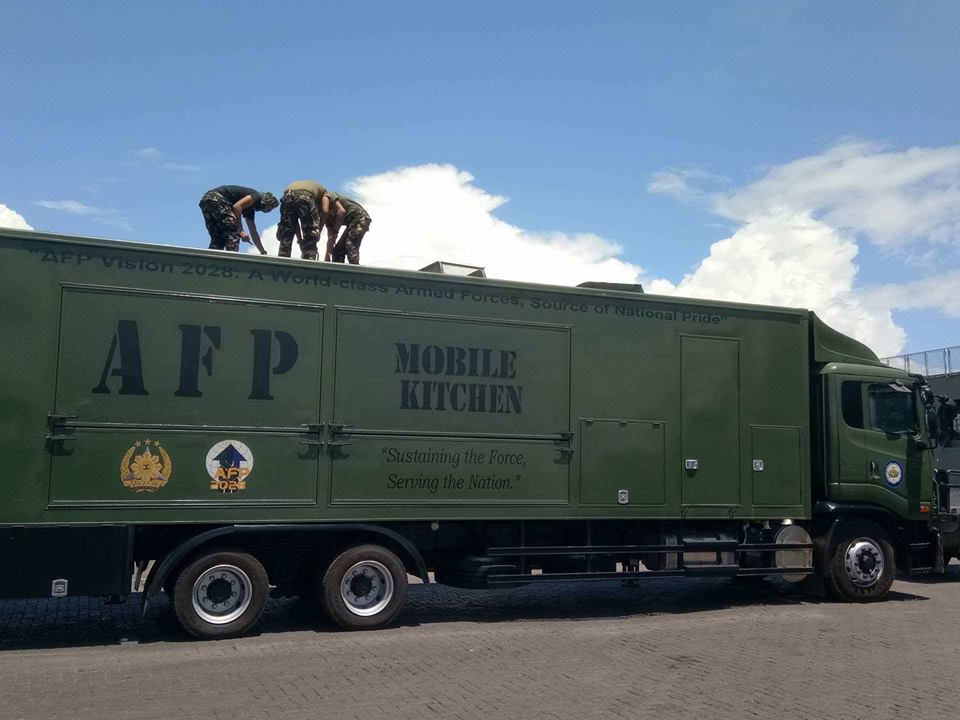 Armed Forces of the Philippines (AFP) Mobile Kitchen is now on its way to provide service to Filipinos affected by Marawi City crisis.

“Task Force Ranao that has just been activated is in full swing in ensuring that efforts to save lives of innocent non-combatant civilians remain a primary specific task to be complied with,” Presidential spokesperson Ernesto Abella said on June 19.

https://www.update.ph/2017/06/military-mobile-kitchen-on-its-way-to-serve-marawi-city-residents/18284
Posted by Retired Analyst at 4:26 AM