Aguirre says it's possible to establish military courts in Mindanao

From Rappler (Jun 1): Aguirre says it's possible to establish military courts in Mindanao 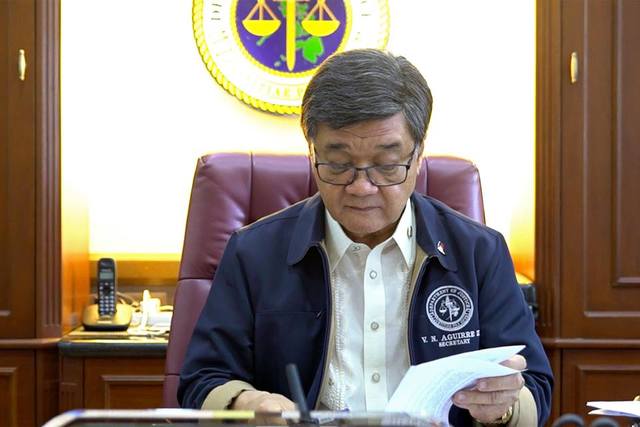 MILITARY COURTS. Justice Secretary Vitaliano Aguirre II says in an interview with Rappler on June 1, 2017 that military courts may be established under particular circumstances during the martial law. Photo by Franz Lopez/Rappler

Justice Secretary Vitaliano Aguirre II said on Thursday, June 1, that military courts can be established if civil courts in areas under martial law are no longer functioning.
"We're just discussing this academically, but I believe even under the present Constitution, military courts could be created in the event that the civil courts no longer function in a certain area during the martial law declaration," Aguirre told Rappler in a one-on-one interview on Thursday.

For lawyer and political analyst Tony La Viña, however, Aguirre's interpretation of the Constitution is inaccurate.

"Theoretically, he is right about military courts being given jurisdiction over civilians if civil courts can no longer function. But if civil courts are still functional in other areas, the exception does not apply....So in Marawi, the courts can meet in Iligan and this can be done by the Supreme Court (SC)," La Viña said.Ads by AdAsia

Lawyer Rommel Bagares of the Center for International Law (CenterLaw) said establishing military courts in the time of martial law is "contrary to the Constitution."

"Section 18 of Article VII is clear: civilian courts are not supplanted by military ones in a time of martial law. SC can appoint temporarily, in the public interest, judges to such areas. DOJ should ask SC to organize special courts for the purpose," Bagares said.

This is something that Aguirre has done.

Aguirre has requested Chief Justice Maria Lourdes Sereno to designate special courts in Luzon and the Visayas to handle cases related to the Maute terror group and others which might stem from the "rebellion" in Marawi. Aguirre requested it to protect members of the judiciary from threats.

A change of venue or place of trial is authorized under the Constitution to avoid a miscarriage of justice.

The High Court, through court administrator Midas Marquez, has also already ordered the court staff of the Marawi Regional Trial Court (RTC) to hold office at the Iligan Hall of Justice.

La Viña added that if and when military courts are established, they shall only be allowed to handle cases related to rebellion. (READ: Questions you need to ask about martial law in Mindanao)
http://www.rappler.com/nation/171637-aguirre-military-courts-martial-law
Posted by Retired Analyst at 12:47 PM